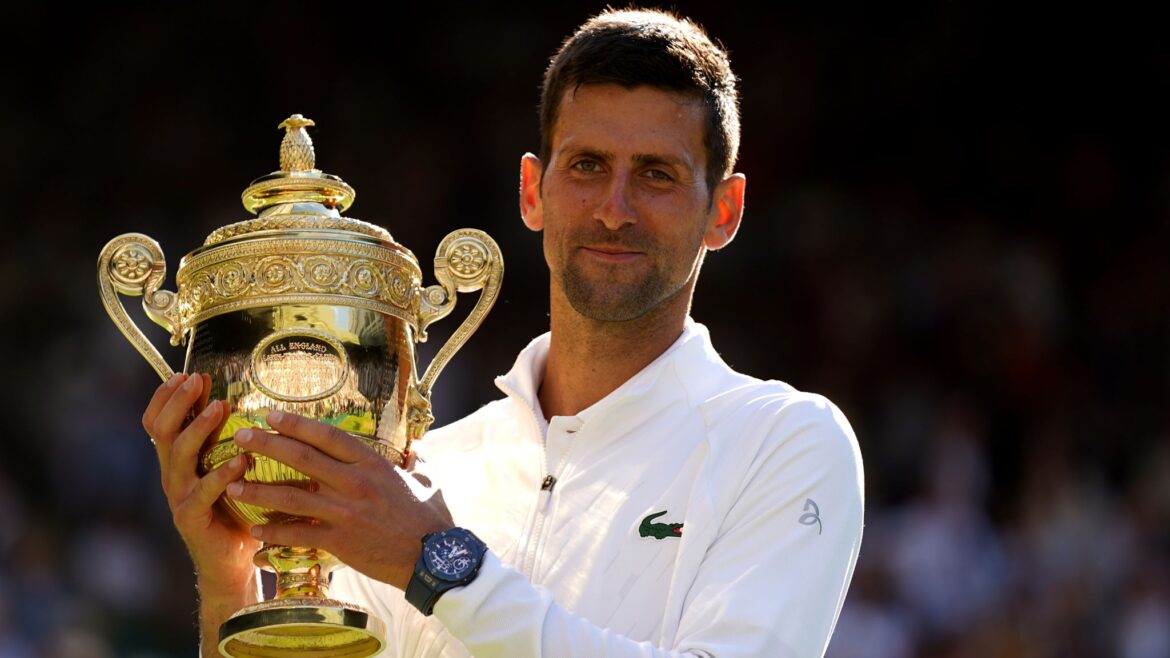 Novak Djokovic confirmed he will play at next year’s Australian Open, saying he was “very happy” his visa ban had been overturned.

The Serb, a nine-time champion, was deported before this year’s event after his visa was cancelled in a row over his Covid vaccine status.

He was automatically banned for three years from entering Australia, but on Tuesday learnt a visa would be granted.

“I could not receive better news,” the 21-time Grand Slam champion said.

Speaking to reporters at the ATP Finals in Turin after reaching the semi-finals, the former world number one added: “It was a relief obviously knowing what I and people closest to me in my life have been through this year with what happened in Australia and post Australia obviously.

“[The] Australian Open has been my most successful Grand Slams. I made some of the best memories there.

“Of course, I want to go back there, I want to play tennis, do what I do best, and hopefully have a great Australian summer.”

When Djokovic arrived in Australia in January, Covid cases were skyrocketing and government rules required anyone entering the country to be vaccinated, unless they had a valid medication exemption.

He did not meet the requirements for entry, the government said, so his visa was cancelled and he was automatically not allowed to return to Australia until 2025.

But Immigration Minister Andrew Giles – whose government came to power in May – has overturned the ban.

Djokovic’s detention and deportation dominated the headlines in the build-up to this year’s Australian Open.

Many people in Australia cheered the decision, but it also sparked an uproar among supporters who gathered outside his hotel, as well as in Serbia.

Djokovic ‘flawless’ on way to semi-finals

Just hours after learning he would be able to compete in Australia in January, Djokovic was on court putting in a clinical display against Andrey Rublev to reach the semi-finals of the ATP Finals.

He did not face a single break point in a 6-4 6-1 win over the Russian, who was left smashing his racquet on the floor at times in the face of 69 minutes of ruthless tennis.

Djokovic made the breakthrough against Rublev in the 10th game to take the first set before embarking on what he described as a “flawless” second set.

“One of the best matches of the year without a doubt against an always tough opponent. It was an amazing performance.”

Later on Wednesday, Stefanos Tsitsipas takes on Daniil Medvedev in the other Red Group match, with both seeking their first wins. Djokovic will take on Medvedev in his final group game on Friday.

The season-ending ATP Finals feature the season’s top eight men’s players and Djokovic is seeking to win the event for a record-equaling sixth time.

But 22-time major winner Rafael Nadal’s hopes of a first title were ended on Tuesday when he lost to Canada’s Felix Auger-Aliassime.

In the doubles, Briton Neal Skupski and Dutch partner Wesley Koolhof were beaten 6-4 7-6 (7-3) by Nikola Mektic and Mate Pavic in their second group match.

The win put the Croats through to the semi-finals, but world number ones Skupski and Koolhof will still have the chance to join them when they play Ivan Dodig and Austin Krajicek their final round-robin match on Friday.

American Lady Calls Out Jim Iyke for Abandoning their Marriage