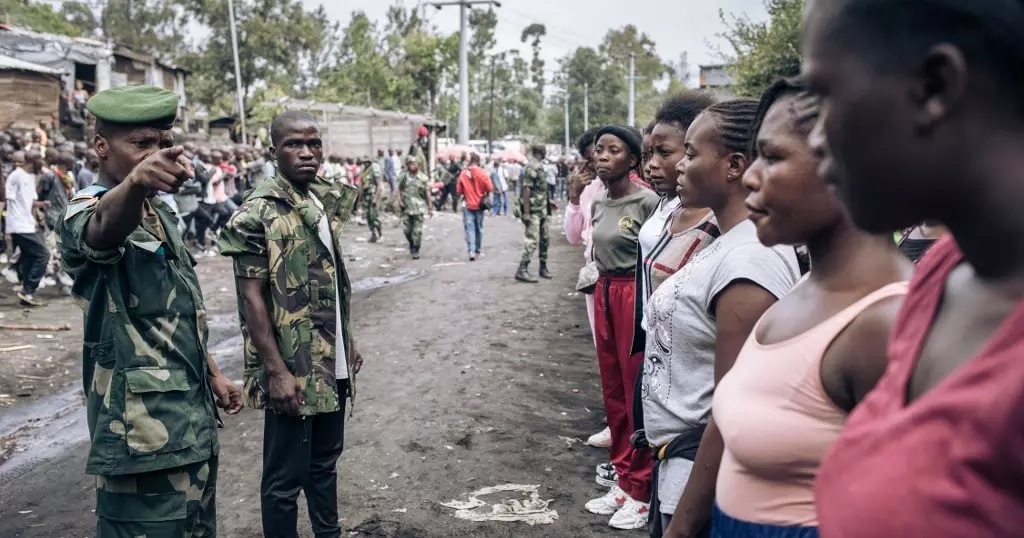 Hundreds of young Congolese volunteer to join the army to fight the M23 (“March 23 Movement”) rebels who are making increasing advances in eastern Democratic Republic of Congo.

Army officials say more than 3,000 applicants aged between 18 and 30 are registered across the province, in part as a response to a message to the nation by President Felix Tshisekedi calling on young people to enlist in the army to fight the M23 rebels.

The Rwandan government, which has repeatedly denied supporting M23, meanwhile said that a Congolese fighter plane had “violated Rwandan airspace” by landing briefly at Rubavu airport.

“No military action was taken by Rwanda in response, and the jet returned to the DRC,” the Rwandan government said in a statement.

The M23 rebels rose to prominence more than a decade ago when they seized Goma, the largest city in Congo´s east that sits along the border with Rwanda.

After a peace deal, many of M23´s fighters were integrated into the national military. But then a year ago, the group re-emerged saying the government had failed to live up to its decade-long promises.

Tensions have mounted as the M23 rebels have advanced in recent weeks, seizing several key towns including Kiwanja. Congo’s government has blamed Rwanda and expelled the Rwandan ambassador about a week ago.

Representatives from the two countries met over the weekend in Angola where they agreed to “maintain dialogue.” Other peace talks are expected to resume in Kenya next week.

However, Congolese government spokesman Patrick Muyaya said representatives of M23 will not be allowed to take part unless conditions are met.

“The M23 must withdraw from occupied positions before being reintegrated into the process like other armed groups,” he told journalists over the weekend.

Among them was Clarisse Mahamba, a 19-year-old who said she’s been interested in the military since childhood and wanted to serve her country.

“I see that things are not going well in our country,” she told The Associated Press. “I saw the Rwandans coming to invade us because I was in Rumangabo. I saw how our soldiers were suffering, I fled and that´s why I have also joined the military service.”

Edison Butsira, 27, has a college degree in economics but said he wants to follow the example set by young Ukrainians who took up arms to defend their country.

“Young people decided to abandon their activities – they left to enlist in their army to fight because Ukraine was invaded,” Butsira said. “Here I also gave up my job and I joined my friends to go fight.”

Congolese President Felix Tshisekedi also has called on his citizens to mobilize against “Rwandan aggression” in Rutshuru territory on Thursday.

“We must be aware that no one but ourselves will save our nation and that this requires from each of us a mobilization all around,” he said on RTNC radio.
(Africanews)