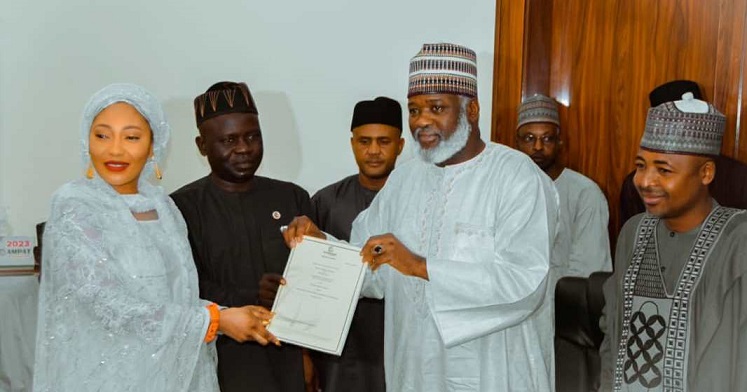 She said that has demonstrated the strong commitment and zeal of the State towards ensuring the success of the project.

Dr. Agene made the statement on Sunday when she paid a courtesy visit to the Deputy Governor of Kano State Dr. Nasiru Yusuf Gawuna in his office.

She pointed out that ACReSAL is a Seven Hundred Million Dollars project which will be implemented in 19 Northern States and the Federal Capital Abuja with the aim of addressing environmental challenges, sustaining landscape management, and improving the livelihood of the people.

The Task Team Leader added that the project will be jointly implemented by three ministries of environment, agriculture and rural development, and the Ministry of Water Resources.

She however applauded Kano for being among the States that met the disbursement rate.

Responding with appreciation, the Deputy Governor and APC Gubernatorial Candidate Dr.Nasiru Gawuna extolled the World Bank for having a strong relationship with Nigeria which he said has resulted in the successful implementation of its supported projects.

While assuring of continued partnership and support to the World Bank, he noted that Kano was among those States that were rated high in the just-winded Newmap World Bank project.

Mbappe slams transfer reports as ‘completely wrong’, insists he is happy at PSG