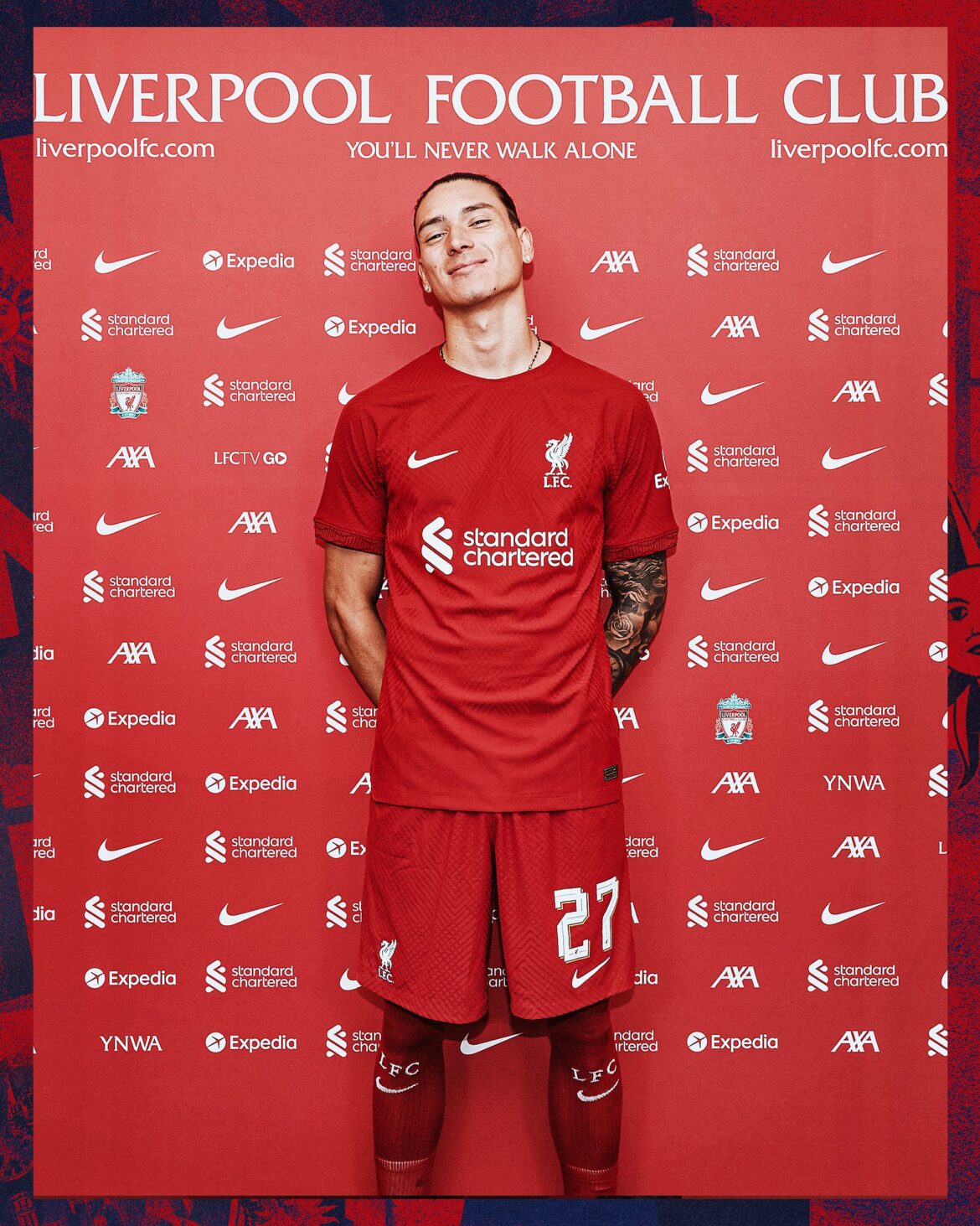 Liverpool striker Darwin Nunez says he has found adapting to English football difficult but the Uruguayan accepts that has been partly self-inflicted.

Signed for an initial £64m, he scored on his Premier League debut, only to be sent off in the next game.

And if it wasn’t for two members of Jurgen Klopp’s coaching team, Nunez, 23, says he would have “no idea” what the Reds’ German boss was saying.

Nunez has spent the last two seasons in Portugal with Benfica and two of Klopp’s coaches – Pep Lijnders and Vitor Matos – speak Portuguese.

“They are the translators when Klopp talks to the group,” Nunez told TNT Sports Brasil. “They sit next to me and explain what I have to do.

“If they didn’t explain it to me, I’d enter the field with no idea what to do.

“But the relationship with the coach is that he supports me, gives me confidence and I have to repay that on the field.”

‘I have to calm my nerves and talk less’

After serving a three-match ban for his red card against Crystal Palace, Nunez has failed to score in five appearances for Liverpool.
But he made his first start for the Reds in a month on Tuesday, helping them beat Rangers 2-0 in the Champions League.

“The truth is that it was a little difficult to adapt but I believe that, as training and games go by, I will adapt little by little,” Nunez added.

“[After the red card] was a very tough time. I know I made a big mistake and now I’m aware that it won’t happen again.

“I have to calm my nerves during the games, talk less. We all make mistakes and I know it will serve as a learning experience.

“The important thing is to leave my mark on the team, be someone who can always contribute by playing well and, if I don’t score, I have to be calm.

“When the first [goal] goes in, more will go in. I’ve been through that [before] and it’s a little uncomfortable because, in the end, as forwards we live on goals.

“But I’m calm, the coach has always supported me. My team-mates also support me at all times and I will always try to help the team by scoring goals or, even without a goal, try to help the best I can.”
(BBC)