- FG must drop the charges and meet all demands of ASUU 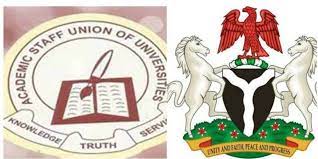 We of the Education Rights Campaign (ERC) condemn the decision of the Buhari government to drag the Academic Staff Union of Universities (ASUU) to the National Industrial Court on Monday, September 12. This was reported by This Day newspaper in its edition of Saturday, September 10, 2022.

A statement, Monday, jointly signed by the ERC Deputy National Coordinator, the Mobilization Officer, Ogunjimi Isaac Ayobami, and Michael Lenin respectively said: “We hold that the FG’s move to drag ASUU to the industrial court is a ploy to criminalize ASUU’s legitimate struggle and clamp down on the union rather than meet its demands.

“Except the move is dropped or defeated, it will worsen the ongoing industrial dispute and further dampen the hope for the reopening of public universities

“Therefore, we call on the government to drop this plan to victimize ASUU and rather meet the demands of the union in order for public universities to be reopened.

“The strike action by ASUU which has lasted about 7 months without any serious and sincere response and step from the government shows how it is nonchalant about public education.

“It is on this note that we of the ERC call on NLC, TUC, and individual trade unions, as well as student bodies and civil society organizations to condemn this planned use of the instrumentality of the judiciary to attempt to criminalize a legitimate struggle of ASUU.

“As a practical step, we are canvassing a peaceful solidarity action by trade unions and civil society organizations at the industrial court tomorrow or any day the matter comes up.

“We also reiterate our consistent call on the NLC and TUC to declare a 48-hour general strike and mass protest to force the government to meet the demands of ASUU and other unions so that students of public universities can resume their academic activities.

“Also importantly, we urge ASUU leadership to take the struggle beyond media war and begin to organize a series of mass activities aimed at direct engagement with parents, students, trade unions, pro-masses organizations, professional bodies, and the general public over their struggle to save public university education and ensure adequate funding and decent pay for their members.”