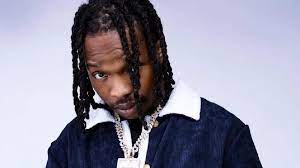 The singer asked his fans to suggest the party that should get the donation.
Nigerian singer, Azeez Fashola popularly known as Naira Marley, has disclosed his intention to donate the sum of N1 billion towards the forthcoming 2023 general election in Nigeria.
How it started: Taking to his Twitter page on Wednesday, August 10, 2022, the controversial singer announced that he wants to donate the said amount as his token in the next year election but asked his teeming fans which party they are rooting for.

“I wanna donate 1 billion Naira for 2023 election but what party are we voting for?,” tweeted the music star.

Tweeps react: Menahile, the singer’s tweet was met with mixed-reactions as some tweeps argued that the amount he wants to donate is beyond his net worth.

Popular Twitter critic, Daniel Regha chipped in by saying, “Naira Marley u don’t have a billion, u are not that wealthy, & it’s advisable u tread carefully since u are still being watched by the EFCC; Having said that, the 2023 elections isn’t a joke, Nigerians are literally fighting for their lives right now so don’t chase clout with it.”

Another tweep, Big Shaq, said, “Oga your net worth no reach like that gan.”

Jojo added his two cents saying, “I am sure you have people around you that really need that money. You can give them, and maybe they will be glad you did and advise them to vote (for) competence and a working Nigeria.”

Marley Vs EFCC: It’d be recalled that that Naira Marley is currently being prosecuted by the Economic and Financial Crimes Commission (EFCC) on cybercrime bordering on credit card fraud.

During the last court hearing on Friday, July 15, 2022, the commission presented new evidence against the singer as both the defence and prosecutor lawyers slug it out before the judge.
(Pulse)

Owo Attack: What next, now that the ferocity is not from the Fulani?

Naira Marley is a cruise man and I love him for that Igbolabi.

Naira Marley is a cruise man