The Last Flight of Fat Albert 911 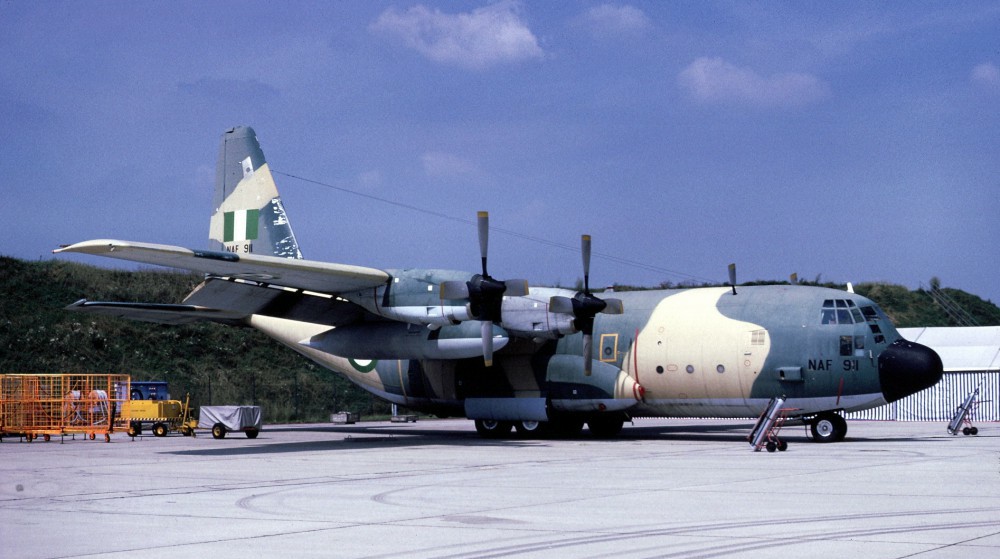 Exactly 28 years ago today, interestingly a Saturday, on September 26, 1992, a part of each Nigerian died alongside the souls that perished onboard NAF 911. I knew one passenger, a bright and rising Army officer. He was such an accomplished and dedicated instructor that even the Armoured Corps School shooting range for tanks in Bauchi is still named after him.

He was widely acknowledged to have been a completely apolitical officer who distanced himself from discussing national issues as much as he could. He would rather regal us with his take on Field Marshal Erwin Rommel’s strategic Panzer manoeuvres in the Sahara Desert during WW II or Shaka Zulu’s tactical genius in the “Horns of the Beast” routing of the British Army at Isandlwana, near the plains of Nqutu in December, 1878.

Nearly 3 decades after that fatal crash many Nigerians still have many unanswered questions on what actually played out that fateful evening after Flight 911 took off from Runway 1 of the Murtala Mohammed Airport and crash landed into the dense mangrove swamps of Ejigbo behind Festac, 7 km away.

Many cynical Nigerians believe the passengers, mostly of Regular Courses 19, 20 and 21 of NDA that were participants of the Senior Division at Jaji who had visited Naval facilities as part of their program were “eliminated” for being “threats” I have never believed such absurdity nor subscribed to that mischievous speculation which has evolved into a full-blown conspiracy theory in the ensuing years

This post is a special tribute to not only the late Major Victor Kure, NA/5483 but my good friend and Aunty Delu’s brother (Yaya Victor’s widow) – Hassan Sule Maiturare, now also of blessed memory.

The ill-fated NAF 911 ordered by the Gowon regime entered into national service in 1975. It is actually seen here at the Oberpfattenhofen Airport facility, Germany, after undergoing Periodic Depot Maintenance in August, 1989 barely 3 years before it became completely destroyed and damaged beyond repair on Saturday, September 26, 1992.

It was a C-130 Hercules nicknamed Fat Albert by its American Lockheed manufacturers but also known as Charlie.

The ominous lack of response to Ikeja Control meant one sad thing – the cavernous belly of Fat Albert 911 had become a tomb.

After the fatal crash at approximately 4:30 pm on Saturday, concerted recovery efforts did not actively commence till 16 hours later on Sunday by Julius Berger Nigeria PLC. Ironically, concern for the missing did not start in Lagos but from Jaji, when Lt. Col. Kayode Are, then Directing Staff raised the alarm on the non return of his student officers. I would later serve as DSS chief under OBJ. The lack of any form of official or coordinated response was obvious.

Many Nigerians believe it was deliberate. I don’t. Truth, was all-pervading suspicion and mutual distrust so much characterized the military that any mobilization for search and rescue would have been misrepresented as coup attempt manoeuvres in disguise

What actually caused the crash of Fat Albert 911? Two chief causes are often mentioned of which I personally subscribe to; “over loading” and “fuel contamination”

NAF 911 was designed to airlift 92 combat troops with their guns and backpacks or 64 fully kitted paratroopers or even 74 litter patients yet on that fateful day reports indicate over 180 were reportedly on board out of which only 154 were officially recognized as follows; 8 crew of the 146 Nigerian personnel including 3 Ministry of Défense civilians that had a lady among, Mrs. MA Abu, 5 Ghanaian soldiers, a military officer each from Tanzania, Zimbabwe and Uganda. There was no flight manifest! The panel that investigated the crash of NAF 911 was headed by a naval officer with no previous aviation training, Rear Admiral Muftau Adegoke Babatunde Elegbede (1939-1994).

“It was not until Tuesday September 29, 1992, four days after the crash, that His Excellency the President, Head of State and Commander-in-Chief of the Nigerian Armed Forces, General Ibrahim Badamasi Babangida visited the scene of the disaster, inspecting it from the safety and remoteness of a helicopter circling above.

Victims of the crash were interred at a mass burial with “full military honours”, in Abuja on October 5, 1992. At the funeral, General Babangida described the air crash as “a calamity, shocking in its impact and devastating in its finality……Our nation had reposed great hope in them as future leaders of the armed forces……” Meanwhile the first lady, Maryam Babangida, wearing an immaculate white outfit, walked around, solemnly expressing condolences to grieving widows, all in dark outfits”

Why do many Nigerians still insist that 7 Lt Colonels and 96 Majors were “deliberately targeted for elimination” 28 years ago?

By 1992, Nigerians had had enough of IBB. We were so pissed off with the revolving door of power, his endless antics, an entrenched personality cult, the rising sceptre of impunity, the nagging memory of Dele Giwa, the steady rise of a military emperor and a highly televised First Lady syndrome. Then was the fall out of the failed “Niger Delta coup” attempt of April 22, 1990. The fact that majority of the victims of NAF 911 were from the Middle Belt and South did not help matters.

IBB back then was primarily focused on his regime protection which not only progressively wrecked camaraderie within the officer corps but negated military professionalism. The NAF had also emerged to be a perceived coup threat following the summary execution of the Wing Commanders Ben Ekele, an ace fighter pilot and Adamu Sakaba, a Soviet trained Armaments guru and the maverick Squadron Leaders Asen Ahura and Martin Luther all based on flimsy evidence.

By the early 1990s, IBB had unfortunately degenerated into a hostage to power and victim of his ambition, perhaps even near paranoid.

For instance, out of the 117 persons ever executed for coups in Nigeria 78 were under his watch. IBB might have had his issues while in power but he was not a genocidal freak – I humbly stand to be corrected because my findings have independently shown that NAF 911 had within 24 hours to its last flight variously flown to Kaduna, Port Harcourt and Enugu back to Lagos under highly problematic engine conditions which made several cautious intending passengers of Fat Albert 911 who could afford it resort to commercial flights for their return to Kaduna, 632 km away earlier that fateful Saturday.

In the intervening years, I have spoken to various aviation stakeholders many of which were on ground in and around Ikeja on September 26, 1992.

No doubt, back then the NAF was so deliberately and systematically sabotaged by poor financing which seriously hampered serviceability of aircraft. Fuel contamination is a direct consequence of poor maintenance of dump facilities which would also be a major factor in the HS-125 crash of February, 1995 in Kano that consumed the life of Ibrahim Sani Abacha. Under IBB top military officials were usually flown by civilian pilots of the Presidential Air Fleet that replaced the Executive Air Group of the air force.

How can the souls of those that perished in NAF 911 rest in peace? The widows and surviving family members of the fallen officers of NAF 911 have still not yet been fully settled the entitlements of their breadwinners based on the Revised Armed Forces Terms and Conditions of Sections 331 to 335 and the proceeds of the donation from Julius Berger Nigeria PLC to them all these years. They have variously approached the Oputa Panel and National Assembly but to no avail. Their case is currently with the National Human Rights Commission since 2016