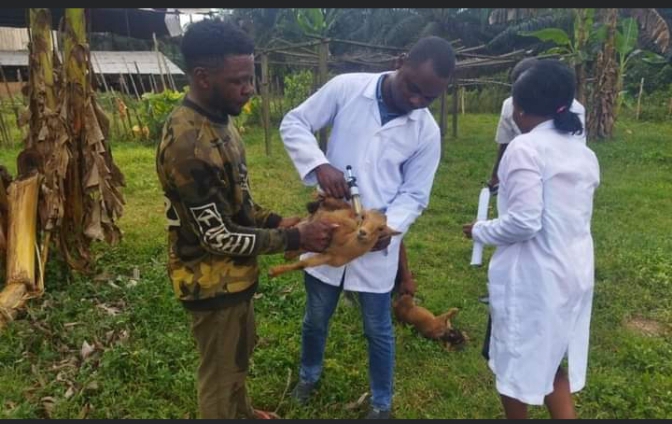 This is in line with international best practices to combat the spread of transboundary diseases.

The Director of Veterinary Services, Dr. Thomas Haruna, noted that the exercise which was flagged off on the 13th of July 2022 in the State, has been effective in the vaccination of farm animals such as goats, cattle, poultry, sheep and rams.

“Today’s global world has increased the risk of trans-border diseases among nations, which reduces production and productivity, and disrupts local, national, and international economies.

“Transboundary animal diseases are a global concern requiring cumulative efforts at the international and local levels to minimize the spread of infectious diseases across borders.

He added that the vaccination exercise has been extended to the following local government, Uwa Farms in Ikpoba-Okha, Comfort Farms in Oredo, and Paragon Farms in Ovia North-West; among others, which sought the vaccination of their animals.

Dr. Haruna stressed that transboundary diseases know no borders, hence the need to vaccinate against all farm animal diseases.

He cautioned that the diseases can cause grave economic setbacks to farms, animal reproduction, health, and growth.

Haruna added that over 8,473 farm animals in the state have been vaccinated and that the number increases daily.

He urged every animal farmer in the state to key into the vaccination exercise which will help boost the health of livestock in line with the state government’s vision to put healthy meat on the table of its residents.

Haruna admonished that: “It is risky and more expensive to treat an infected animal as prevention is cheaper.

He also encouraged pet owners to seize the opportunity to vaccinate their dogs and cats at the State Veterinary Clinic.

The Head of Clinic and Ambulatory Services, Dr. Ogbeifun Olamide, added that farmers need to vaccinate their animals against transboundary diseases such as Newcastle Disease, Contagious Bovine Pleuropneumonia (CBPP), and Peste-des Petit Ruminant.

She advised that all new animals should be isolated for two or three weeks before introduction into the farm especially when the vaccination history of the animal is unknown or not properly documented.