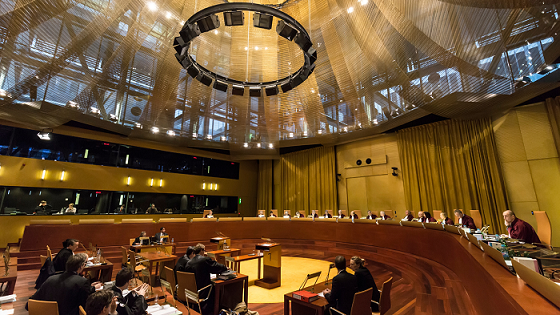 The Court of Justice of the European Union on 22 November 2022 declared invalid the provision of the Fifth European Union Anti-Money Laundering Directive that requires EU countries to provide public access to beneficial ownership registers.

In a ruling that has sent shockwaves through Europe’s anti-corruption and transparency community, the Court found that the Fifth Anti-Money Laundering Directive (AMLD5, 2018) is too loosely framed and provides for overly-wide public access to the registers without a proper justification of the necessity and proportionality of the interference with the rights to privacy and personal data protection of the beneficial owners.

The Court recognizes that the objective of the AMLDs is to combat money laundering and terrorist financing and that “creating an environment hostile to criminals and that improving the overall transparency of the Union’s economic and financial environment could constitute a powerful deterrent” (Para 55). It also states that achieving this objective could justify “even serious interferences” to the right to privacy and the right to data protection (Para 56).

Furthermore, applying the criteria of the General Data Protection Regulation (GDPR, 2016) the Court recognizes that giving the public access to beneficial ownership is indeed “appropriate” for “preventing money laundering and terrorist financing since the public nature of that access and the resulting increased transparency contribute to the creation of an environment less likely to be used for such purposes” (Para 67).

The Court’s conclusion, however, is that given that general public access is neither strictly necessary (Para 76) nor proportionate (Para 82) this cannot justify the interference with privacy and personal data protection, and hence those provisions of AMLD5 are invalid.

The Court also considers the question of a legitimate interest in accessing beneficial ownership data, the condition for access under AMLD4 that was later removed by AMLD5. In its arguments in the case, the European Commission had explained that it is difficult to define what is a legitimate interest, but the Court counters this by stating that the fact that this is difficult to define “cannot justify the EU legislature providing for access by the general public to that information” (Para 72).

This indicates that investigative journalists and anti-corruption organizations will still be able to access beneficial ownership data, although how effective this is in practice is something that still needs to be worked out as an interim solution.

Worryingly, at one point the Court even casts doubt over the role of civil society organizations and the press in combatting corruption by adding that “the fact remains that … combating money laundering and terrorist financing is as a priority a matter for the public authorities and for entities such as credit or financial institutions which, by reason of their activities, are subject to specific obligations in that regard” (Para 83).

Transparency is Not Enough

One of the biggest blows from the Court ruling is that it asserts that the right of access to documents and the EU’s transparency obligations in the Treaties are linked to good governance and public participation, which requires transparency of the activities of public bodies not of private actors.

Recognizing a general interest in transparency, the Court says “it must be observed that that principle [of transparency] makes it possible to ensure better participation by citizens in the process, and to ensure greater legitimacy, efficiency and accountability of the administration vis-à-vis citizens in a democratic system” (Para 60), whereas in the present case “the measure at issue seeks to make available to the general public data concerning the identity of private beneficial owners and the nature and extent of their actual interests held in companies or other legal entities” (Para 61), and so concludes that “the principle of transparency … cannot be regarded, as such, as an objective of general interest capable of justifying the interference, with the fundamental rights guaranteed in Articles 7 and 8 of the Charter [the rights to privacy and personal data protection]” (Para 62).

Whilst one might argue that being the beneficial owner of a company is something that is part of the public sphere, this is not an argument that the Court considers in this case.

“Anonymous companies are used in the majority of large corruption cases and for laundering stolen assets, and experience shows that law enforcement does not always identify and expose these cases. Do we really go back to a stage where the only way we find out about wrongdoing is when courageous whistleblowers leak documents? Is preventing financial crime through transparency not better than prosecuting it after it has occurred?”

“While AMLD5 granted the general public access to beneficial ownership registers, in reality, many Member States imposed obstacles to accessing this data in practice, including strict registration requirements and excessive fees. As the Court has now narrowed access to those who have a ‘legitimate interest’, we must now ensure AMLD6 defines this in a way that does not unnecessarily impede obtaining this data and ensures wide access in practice for journalists and organizations working to combat money laundering.”

Access Info held an immediate discussion with our Working Group of Privacy Experts on the afternoon of 22 November 2022, along with members of Access Info’s International Advisory Board, other legal experts, and civil society representatives, to discuss the consequences of this case. We will be producing more legal analysis and recommendations, as well as a strategic plan of action in the next few days.

It is not yet clear how EU Member States will react to the ruling. Some might immediately reduce public access to the beneficial ownership registers, while others might wait for formal instructions from the European Commission or changes to national or EU law.

Some countries, whose legal basis for opening company ownership information has a different base in law, might opt to keep their registers open.

The Council of the EU, the European Commission, and the European Parliament to engage in urgent discussions with civil society about this ruling, its consequences, and how public access to the registers might be restored as part of the 6th Anti-Money Laundering Directive, which is currently under consideration.