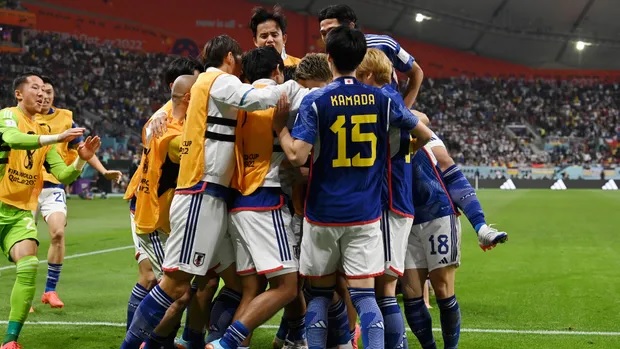 Japan’s players admitted that Wednesday’s memorable victory over Germany was inspired by Saudi Arabia’s shock win over Argentina the day before.

Japan came from behind in the second half to snatch a dramatic victory against 2014 winners Germany, who lost their second successive World Cup opener. Goals from Ritsu Doan and Takuma Asano turned the game around in Doha, and Japan’s players revealed the inspiration for their performance after the match.

“This moment was unbelievable for the team and for me,” said Brighton’s Kaoru Mitoma. “We watched Saudi Arabia against Argentina. They won that game and we thought we could have a great game here. It inspired me and the team a lot.”

Real Sociedad winger Takefua Kubo added: “We were going for our training session and we watched it on the team coach – their victory inspired us! We are happy for [Saudi Arabia] and I heard there is a public holiday there today so maybe today, it happens in Japan!”

The result had taken Japan top of group E momentarily, before Spain’s 7-0 demolition of Costa Rica put paid to that. Still second on goal difference, Hajime Moriyasu’s side are faring much better than opponents Germany, who need a win from their next game against La Roja to be in with a chance of qualification to the knockout stages.

Japan won a World Cup match in which they conceded first for the first time in their history (drew two, lost seven before Wednesday).

Moriyasu’s side will be hoping to make it two wins on the bounce when they take on Costa Rica on Sunday.