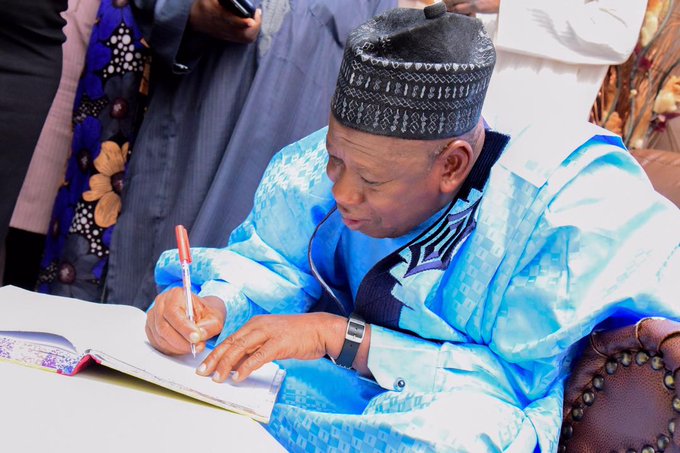 The bill was approved at the weekly state executive council meeting held at Government House Kano.

Speaking to newsmen after signing the bill, the governor explained that the law would pave the way for the inclusion and development of PwDs in the state.

He explained that the law provides for establishing a Ministry to oversee the affairs of PwDs.

“All the six clusters would be represented in the management of the Ministry,” he added.

He also maintained that, if established, the Ministry would be given all the necessary assistance to make it functional according to global standards.

He said: “PwDs were part of those selected for entrepreneurship training at Dangote skills acquisition center Kano to make them self-reliant and reduce unemployment.

Governor Ganduje however stressed that the state has banned street begging and had set up a committee to evacuate beggars from the nooks and crannies of the state.

The new law provides for the allocation of 2% of all employment opportunities to the six clusters which include the physical, visually, speech impaired, spinal cord injury patients, Down syndrome patients, and leprosy victims.

Recall that the Kano State House of Assembly passed the Persons with Disabilities (amendment no. 2) Bill, 2021 on 17 November 2022.

If properly implemented, the new law will bridge the gap between of the most marginalized groups in the state.