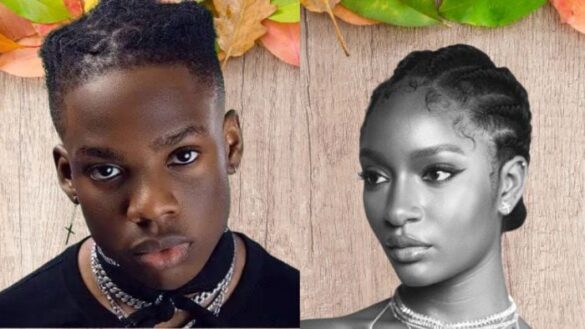 Rema and Arya’s relationship might seem weird to their fanbase, but it has been thriving, from the moment he called her “baby” while trying to promote her ‘E dey rush’ song. It is only weird because we hardly see such a friendship between young talents of the opposite sex.
As two young artists signed under the same label, it is not strange that they would develop a sort of friendship. They do not promote their friendship or hype it like some other stars would, but they have a connection. This connection is just gaining public light
Their connection has raised so many questions from fans. This became more pressing after a TikTok video was posted of them going for date nights. It is normal for friends to go for date nights, but fans are trying to confirm, whether they are just friends, friends with benefits or they’re dating but keeping it subtle.
They have not made or denied any claim. At the moment their relationship with each other does not surpass friendship. It is cute and surprising to see such a beautiful and talented friendship blossom in the music industry.
(Everyevery)

So much time added at Qatar World Cup 2022