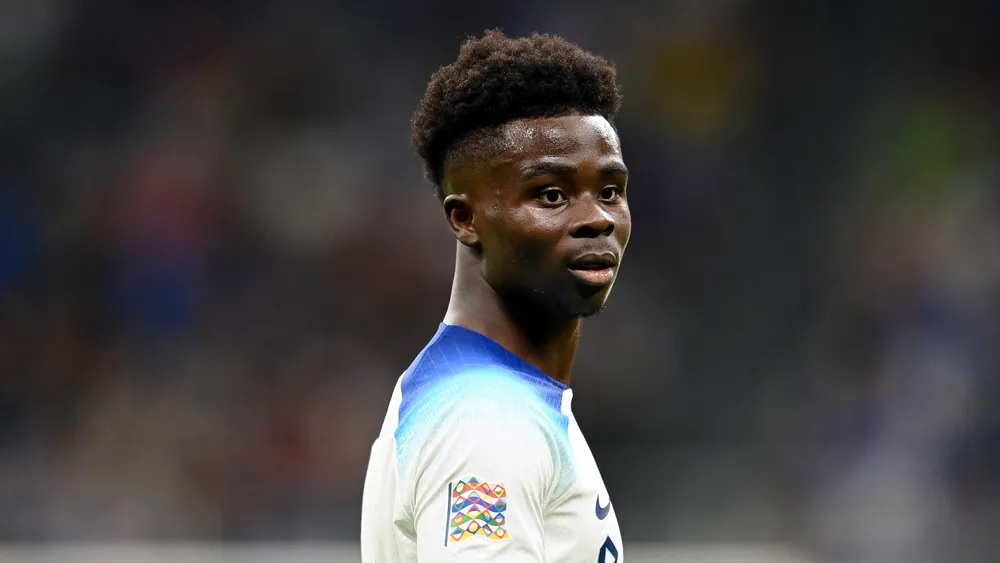 Arsenal’s in-form winger Bukayo Saka is set to start ahead of Phil Foden in England’s World Cup opener against Iran on Monday, according to reports.
England begin their World Cup campaign in Qatar on Monday against Iran in Group B. Manager Gareth Southgate is set to start the in-form Saka against Carlos Queiroz’s side, according to The Telegraph. The 21-year-old will get the nod ahead of Manchester City’s Foden following a strong start to the season which has seen him deliver five goals and six assists for the table-topping Gunners.
Saka’s inclusion in the starting XI will be a deserved reward for his impressive start to the campaign with Arsenal. The youngster also made an impact off the bench last time out for England. Saka arrived along with Mason Mount and helped the Three Lions rescue a 3-3 draw against Germany after being 2-0 down in the Nations League in September.
Southgate is expected to revert to a back four against Iran and hand Harry Maguire a start in central defence alongside John Stones. Kieran Trippier and Luke Shaw will reportedly be England’s two full-backs. Southgate will likely also start Jude Bellingham in midfield alongside Declan Rice, with Saka part of an attack that will also feature Mount, Raheem Sterling and captain Harry Kane.
Since the start of last season, no player has assisted more goals directly following a carry in the Premier League than Bukayo Saka (6)
The Three Lions open up against Iran and then face the United States on Friday.
(Goal)