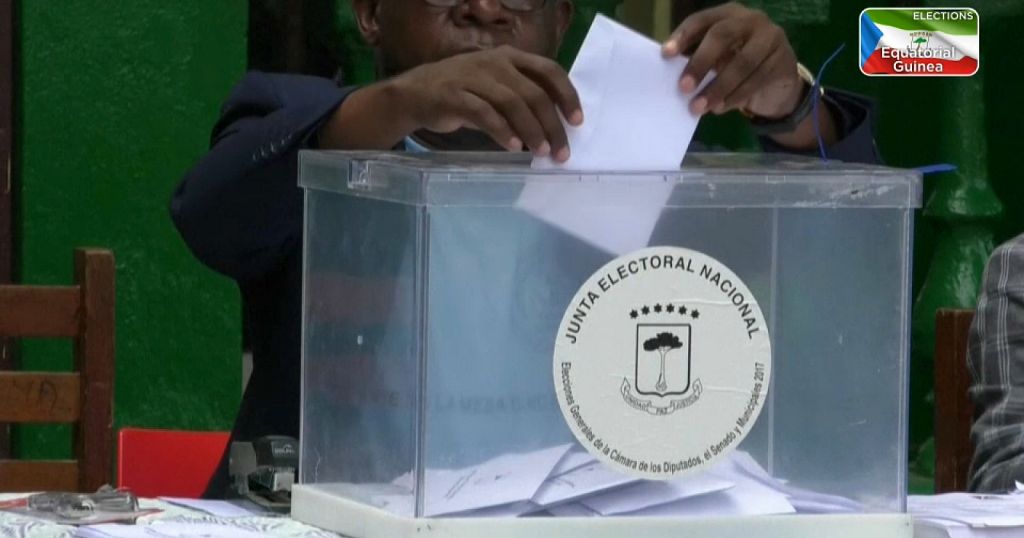 The President of Equatorial Guinea, Teodoro Obiang Nguema Mbasogo, arrived at a polling station in the capital Malabo on Sunday 20 November to cast his vote in the presidential and legislative elections.

After 43 years in power, 80 year-old Obiang is virtually-guaranteed re-election for a sixth term; the longest tenure of any living head of state today except for monarchs.

“We are voting for a better future,” he says. “We are electing the people who will lead us for the next seven years. We are here this morning to exercise the right to vote. As mentioned, I am from Equatorial Guinea and I came to vote.”

Equatorial Guinea is considered one of the most authoritarian and enclosed states in the world.

Running against Obiang is Andres Esono Ondo, from the nation’s only tolerated opposition party.

The secretary general of the Convergence for Social Democracy (CPDS) is a candidate for the first time and the sole representative of the restricted opposition.

Ondo has said he fears “fraud” during voting to elect the president, senators and members of parliament.

The government has levelled its own accusations against the politician, in 2019 accusing him of planning “a coup in Equatorial Guinea with foreign funding”.

The third candidate is Buenaventura Monsuy Asumu of the Social Democratic Coalition Party (PCSD), a historically of Obiang’s ruling party.

The ex-minister is running for the fourth time but has never done well in previous elections. The opposition have called him a “dummy candidate” without a chance.

José Serafin Obiang Sima is a nurse and says: “We are voting for things to happen normally because we enjoy peace and we want to continue with the peace that we enjoy in our country.

The discovery of off-shore oil turned Equatorial Guinea into Africa’s third richest country, in terms of per-capita income, but the wealth is very unequally distributed.

Four-fifths of the population of 1.4 million live below the poverty threshold according to World Bank figures for 2006, the latest available.

The country has a long-established reputation internationally for corruption, ranking 172 out of 180 nations on Transparency International’s 2021 Corruption Perceptions Index.