Wave of Defections as More PDP, NNPP Supporters Decamp to APC in Yabo 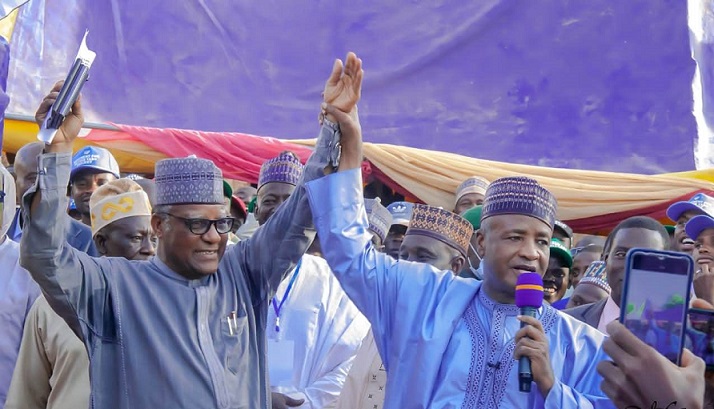 Ahead of the 2023  general Elections, the All Progressives Congress (APC) in Sokoto has been waxing stronger by the day with the recent defection of thousands of followers of the ruling people’s Democratic party, (PDP) and New Nigeria People’s party, (NNPP) to the party in Yabo local Government area.

The defectors were received during the Progressive Youth Mega rally and the Inauguration of 150 APC support groups organized by the Yabo APC Youth Association.

Those who defected during the mega rally are Vice Chairman of NNPP in the area, Alh. Abdullahi kabawa, Alh.Abdullahi Dogo, Malami Gumba, and PDP Women leader in the area Hajiya Yar-Ango among others.

Presenting the decampees, APC Chairman in the area Alh. Bello Dan Maliki explained that APC in the area is restrategizing to ensure the victory of the party during the forthcoming elections in the state.

He recalled that, during Wamakko’s regime as Governor, he initiated many youths empowerment programs that impacted positively the lives of the people of Sokoto state.

Speaking at the rally, the APC leader in the area who is also the Director General of the National Teacher’s Institute, NTI Prof. Musa Garba Mai tafsir, commended APC supporters in Yabo local government for the immense support of the party all the times.

He explained that more people are on the verge of joining the APC toward its victory in the 2023 elections.

Senator Wamakko, called on APC supporters to vote for the party during the upcoming elections.

He later inaugurated 150 APC Youth Support Groups in the area which will canvas more support for the party.

APC Gubernatorial Candidate Hon. Ahmad Aliyu Sokoto, in his address, Challenged PDP led government in the state to identify the said 78 projects said to have been executed in Yabo local government.

He pledged to provide tangible projects aim at impacting positively the lives of the common man.

In his remarks, The APC Senatorial Candidate for Sokoto North senatorial District Senator Ibrahim Abdullahi Danbaba (DBB) called in APC supporters to rally around the party in its quest to provide purposeful Leadership in the state.

He said APC is a party to considering the caliber of people in its fold who are ready to give in their best to see that people of the state were removed from the shackles of poverty and misrule by the PDP administration.

The senator called on the people of Yabo and other local government areas of the state to come out in mass and cast their votes for APC in the forthcoming 2023 general elections.

The highlight of the occasion was the presentation of an award of Excellence to the APC youth leader, Alhaji Nasiru Italy by the inaugurated groups.