Mane injury is a blow for the whole World Cup – Cisse 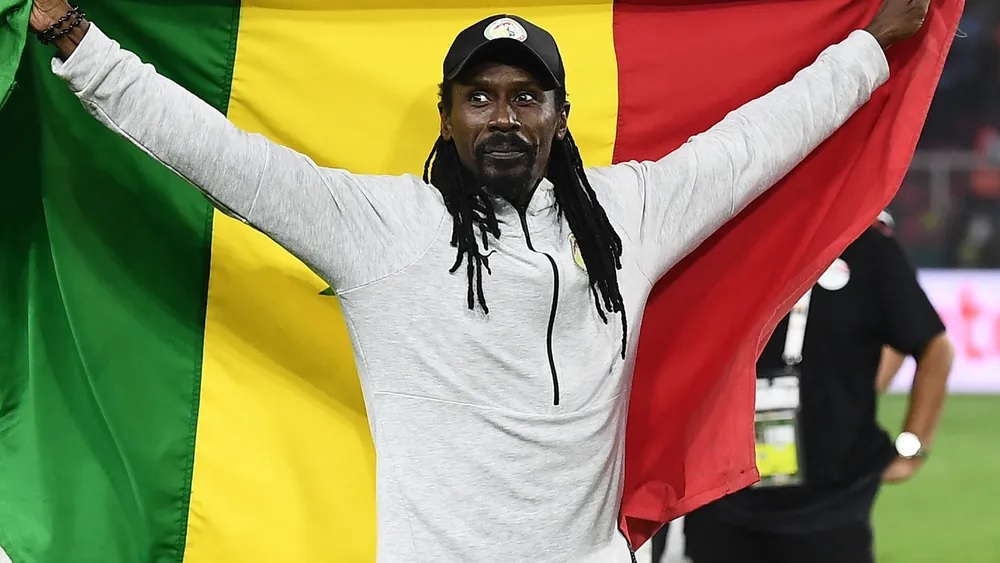 Senegal coach Aliou Cisse believes his side can beat anyone at the World Cup if they play without fear because they have enough quality.
The Teranga Lions face the Netherlands in their opening match of the World Cup on Monday and while the European side are seen as favourites, Cisse feels his players are equally good because they play at a high level.
Senegal will be without talisman Sadio Mane who is out of the World Cup after surgery on his right fibula following an injury while playing for Bayern Munich recently. Cisse believes the loss of Mane is a blow for the whole world.
“We’re not just talking about the Senegalese people here, I think people all over the world,” Cisse said concerning Mane’s absence, during his pre-match press conference.
“The whole football family is saddened by what has happened because he was the second-best player in the world and he represents the African continent as well as representing Senegal.”
“It’s true that 20 years ago, 35 years ago, African football was very different. Today, we have players who play in the best leagues in the world, in the best leagues in Europe.”
“Players who play together with the players from the Netherlands or from Brazil, and if they play with them, it’s because they are as good as them. What’s important is that we go about these matches without any fear and try and play as we possibly can.”
Senegal are in Group A and begin their campaign against the Netherlands on Monday before meetings with hosts Qatar on Friday and Ecuador on November 29.
This is Senegal’s third World Cup after their memorable run to the quarter-finals on their debut in 2002. In 2018, they became the first team to be eliminated using the fair play rule after being tied with Japan in second place in their group.
Striker Krepin Diatta knows how key Mane has been for the side but is counting on mental strength to push them through in Qatar.
“He [Mane] is our best player, he’s a leader in that respect. Of course, we would have liked him to be here, but God decided otherwise.”
“Of course, we do though still have a very strong mentality. We are comfortable being together and we are strong as a team. It’s a big loss, but we have a strong mentality. We show teamwork and we’re good together and I’m sure we’re going to get some good results at this World Cup.”
Senegal open their World Cup campaign against the Netherlands on Monday.
(Goal)