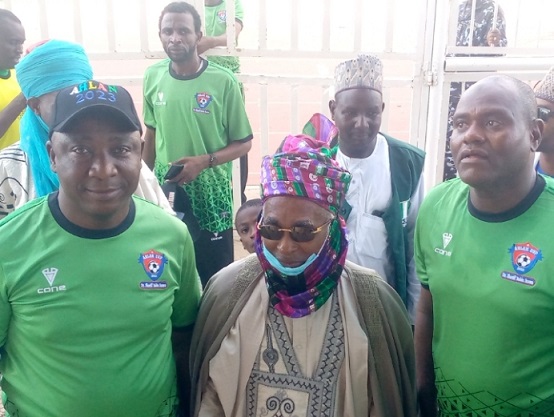 All is now set for the maiden edition of the Gusau/Ahlan Football Tournament in Kano.

The Football Tournament is being organized under the Chairmanship of Alh. Sabo Eka (Jigawa State FA Chairman) to celebrate the Election of Alh. Ibrahim Musa Gusau is President of the Nigeria Football Federation, NFF, and also helps discover young football talents from the grassroots in Kano State.

During the meeting with the participating football teams which was held on Saturday, 19-11-2022, at Al-Ihsan, Kano State FA Secretary, Alh. Shehu Buhari and Kano State FA Board 2nd vice chairman Alh. Halliru Alasan Sumaila disclosed that all the preparation to kick off the tournament were made and urged all the participating teams to abide by the rules and regulations guiding the competition.

Accordingly, draws for the 20 football teams that will compete at the tournament were also held, categorizing the teams into four groups which comprise;

The grassroots competition is sponsored by Yusuf Garba (also known as Rumbu).