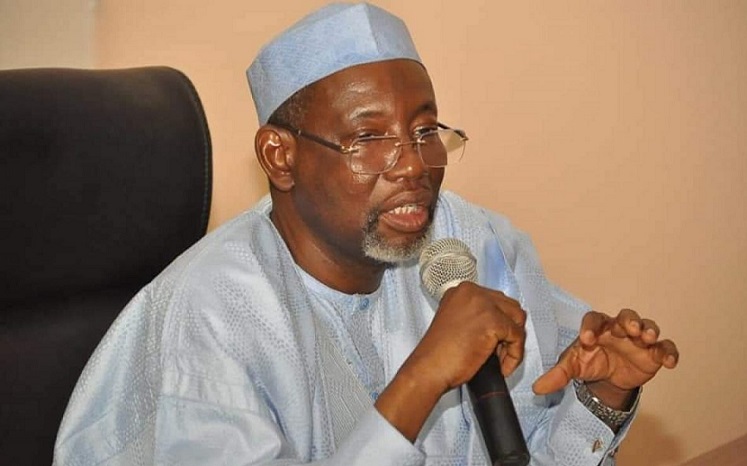 The Jigawa State All Progressive Congress (APC), gubernatorial candidate Malam Umar Namadi has promised to redesign Almajiri/Tsangaya system and tackle environmental degradation in the state if elected in the forthcoming 2023 general election.

Malam Namadi who is currently the deputy governor stated this during an interactive session with various religious groups, Imams, and Ulama’s held at Ahmadu Bello Hall Dutse.

He said religious leaders are critical stakeholders in promoting discipline, unity, peace, and progress in the society; therefore he will work closely with them in moving Jigawa state forward if elected.

The deputy, who also unveiled his manifesto to the participants, highlighted how he intends to redesign Almajir/ Tsangaya system to tackle the menace of child street begging.

“I identified war against climate change and environmental degradation as a way to tackle desertification and flooding that kills people, and destroys farmland, Houses, and public infrastructures annually in the state.

“My mission is to make Jigawa great through the continuation of governor Badaru’s project/programs on education, health, roads construction, economic empowerment, water supply, human capital, and infrastructures development, and also to come up with new ones as comprehensively captured in my manifesto.

“With your support and that of other good people of the state and other partners, I am optimistic that we can build a prosperous state that the present and future generations will be proud of,” Namadi declared

He also described the APC candidate as the kind of person that can provide good and exemplary leadership, so, if Almighty God makes you the next governor of the state, please maintain the trust and confidence Jigawa people have in you, Khadi Bashir stated.

Wave of Defections as More PDP, NNPP Supporters Decamp to APC in Yabo