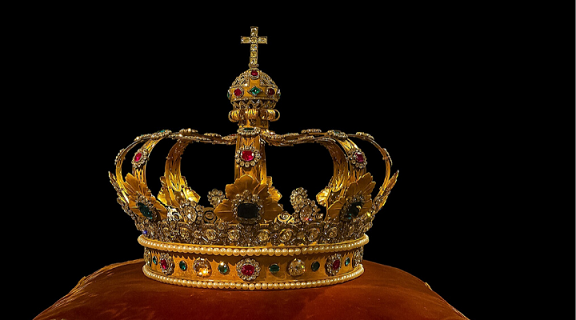 Throughout history, kingdoms and empires have flourished to greater heights due to the able guidance and rulership provided by their leadership.

These achievements were evidently through the gallantry, heroism, strength, and prowess of their armed forces and troops, and in the number of victories, conquests, and territorial expansion.

While the kings, rulers, and military generals boast of the annexation of territory from weaker neighbors, and other spoils of war, inhabitants of the conquered territories kept groaning under excruciating and draconian conditions.

This, therefore, made kingship not only viewed as an agent for subjugation but associated with oppression, domination, elimination, and assassination of opposition elements.

Introduction of segregation and status symbols

Unfortunately, and as worrisome as could be experienced in many other situations and climes across the world, the ruled were subjected to servitude by the rulers.

Regrettably, these class structures still exist in society today, thereby leading to violent struggles by the marginalized classless people in order to free themselves from the chains and shackles so that they can eke out a little for their survival.

Characteristics of leadership in modern Nation States have assumed notoriety for visiting violence on their people so much so that the situation leaves much to be desired.

The spate and rate of state-sponsored terrorism, the inability or refusal of governments to end acts of terrorism, and the rising cases of high-profile corruption and financial/economic banditry are as worst an offense as murder.

These acts of official dereliction of responsibility smack of leadership failure.

Surely, these acts of sabotage perpetrated by leaders aggravate the level of loss of life and property, hunger, economic deprivation, and unemployment, and have therefore reduced humanity to the state of anomie.

Of inglorious ignominy is the use of all forms of political terrorism by the political class to manipulate the vulnerable populace through the use of state force and other coercive measures to perpetuate their Power.

No doubt this creates a situation of helplessness that subdues people to resign them to any available situation.

The most appalling evidence of leadership failure is that Nations are yet to be free from leaders that deploy all forms of draconian, dictatorial, machiavellian, and totalitarian policies in governance that ultimately leads to the human rights violation.

Unfortunately, the resultant effects and consequences of all this friction between the leaders and the fed are the rise of a radicalized citizenry with a fast-growing army of radical extremists, opposition activists, warlords, and freedom fighters that have ultimately turned the world into various vicious enclaves and theatres of war.

However, we must recall that Jesus radically redefined the nature of leadership and kingship in his kingdom when he said – “Rather, whoever wishes to become great among you will be your servant. Whoever wishes to be first among you will be the slave of all. For the Son of man did not come to be served, but to serve, and to give his life as a ransom for many.” — Mark 10: 42 – 45.

Servant leadership as a flagship

As Christians celebrate the feast of Christ the King instituted by Pope Pius XI in 1925 in honor of Jesus as Lord, and the authority of Christ as King, and Messiah of the Universe, we will be reminded of several situations that plague our humanity.

We are reminded of our position as leaders and followers, politicians, civil servants, rich and poor, teachers and students, priests and preachers, armed forces and civilians, businessmen and women, farmers, unemployed, housewives, parents, children, etc, of our duties and responsibilities to one another.

We will be expected to do all that is humanly possible for our fellow man so that Christ will reign in our hearts, minds, wills, and bodies.

May the blessings that come with this celebration take away the agony of the hardship imposed by human and leadership failure.