Benzema ruled out of World Cup with thigh injury 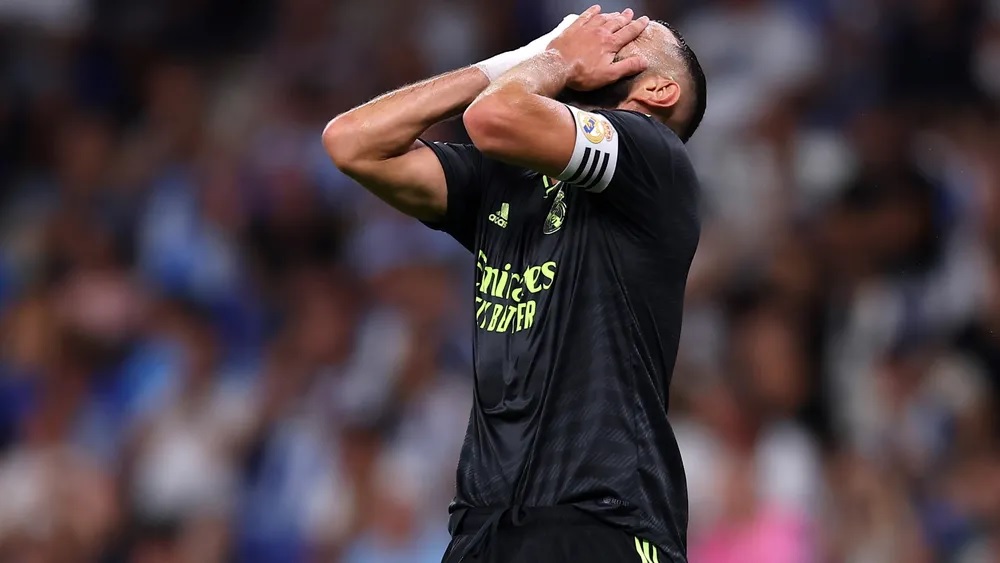 Karim Benzema has been ruled out of the World Cup after he sustained a thigh injury in training, it has been confirmed.
Benzema left training early because of an injury to the “quadriceps of his left thigh”, the French Football Federation confirmed. A subsequent scan at a hospital in Doha ruled that he will not be able to feature at the World Cup.
The injury to the Ballon d’Or winner occurred just a day before the opening of the tournament in Qatar, dealing a huge blow to the reigning world champions. Benzema has scored 37 goals all in for the national team across 97 appearances.
“I am extremely sad for Karim who made this World Cup a major goal,” Deschamps said. “Despite this new blow for the French team, I have full confidence in my group. We will do everything to meet the huge challenge that awaits us.”
France are already missing the services of Paul Pogba, N’Golo Kante and Christopher Nkunku through injury, and this will only weaken their squad further.
Les Bleus will likely bring in another player to bolster their attack after the loss of the star striker, with Deschamps’ men facing Australia on Tuesday.
(Goal)