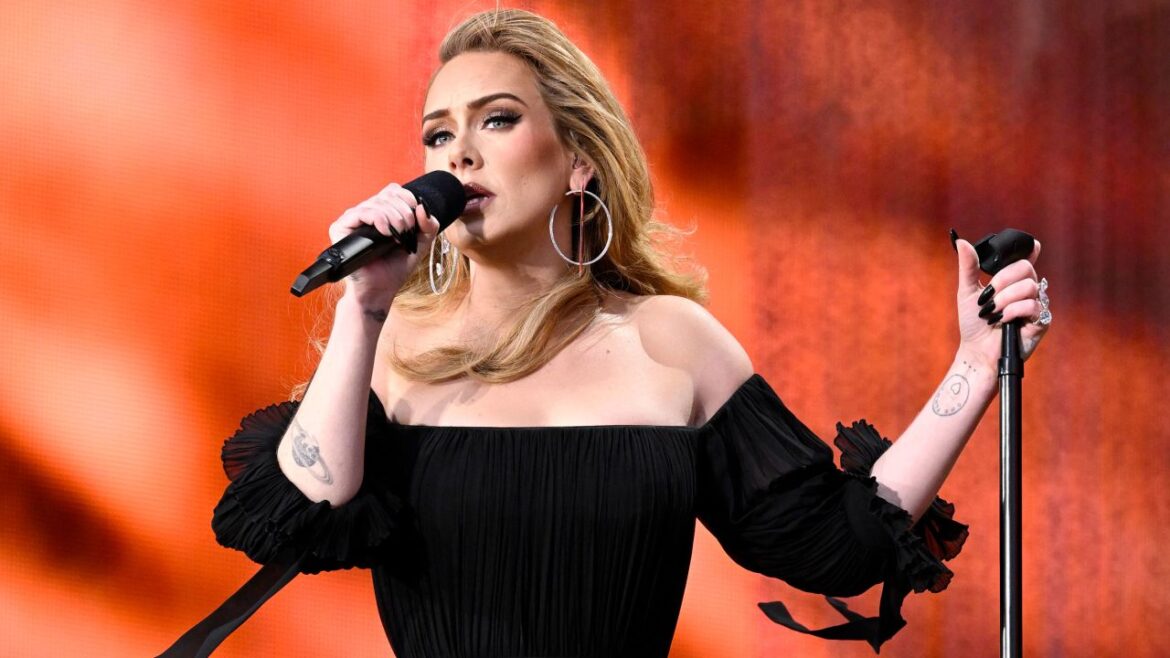 After initially postponing her concert residency at The Colosseum at Caesars Palace, Adele is ready to take the stage in Las Vegas.
The Grammy winner took to Instagram to share that she’s “incredibly nervous” ahead of her Friday debut.
“I’m feeling all sorts as I write this. I’m highly emotional, incredibly nervous but can’t sit still because I’m so excited. I feel a million miles away from home, I can’t stop thinking about when I was little and saw Tom Jones in Mars Attacks and thought blimey how he got from Wales to Las Vegas!? I always get scared before shows, and I take it as a good sign because it means I care and means I just want to do a good job. Maybe it’s because I didn’t start when I was supposed to. Maybe it’s because it’s opening night, maybe it’s because Hyde Park went so great, maybe its because I love the show I don’t know. But it’s safe to say I’ve never been more nervous before a show in my career, but at the same time I wish today was tomorrow! I can’t wait to see you out there x,” she wrote in the caption.
Adele’s residency comes after a long wait for her fans. The series of shows were postponed last January and then eventually rescheduled. Some ticket holders learned of the postponement the day before her first show had been set.

Adele shared a tearful video on Instagram at the time in which she explained complications she and her crew encountered preparing for the residency.

“I’m so sorry but my show ain’t ready,” she said. “Half my crew, half my team is down with Covid. They still are, and it’s been impossible to finish the show. And I can’t give you what I have right now, and I’m gutted.”
Her shows will now run from November 18 to March 23.
(CNN)

Benzema ruled out of World Cup with thigh injury