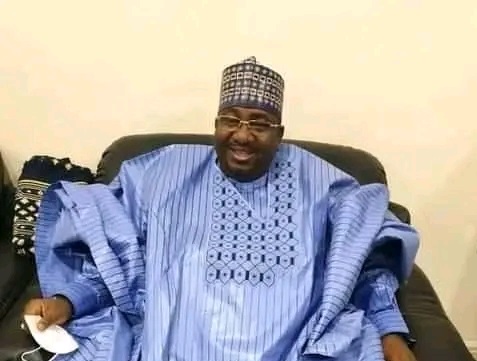 The Kebbi State All Progressive Congress (APC) Governorship candidate Dr. Nasiru Idris Kaura Gwandu has been described as the only candidate that can salvage the civil servants and the people of Kebbi State.

Addressing a marmot crowd on Saturday at the Aliero Quarter in Birnin Kebbi, the Chairman of Aliero Quarter Association Alhaji Garba Galadima said the decision of APC leadership and governor for choosing Nasir Idris as APC governorship candidate is a welcome idea that will pave way for the party to secure 100% votes and chances for winning 2023general election.

“We knew Nasir Idris a teacher who rose to the position of National President of NUT, he was in NUT and NLC as state Chairman respectively and he knows what the people of Kebbi State needed,” he added.

Speaking earlier, Hon. Jibril Ibrahim Master and the former Chairman of Nigeria Civil Service Union, Kebbi State commended the organizers of the program, saying that is not necessary for APC to visit Aliero Quarter for the campaign as 85 percent of people leaving in the quarter are civil servants and they are all ready to vote for APC.

In his remark, APC Chieftain, Alhaji Umar Dankani Jega explained that the APC Governorship candidate was the State NLC Chairman who first and initiated the construction of Aliero Quarter during Senator Adamu Aliero’s era.

He urges the people to use their wisdom to vote APC candidate based on his past record of service in the state.

He also pointed out that the APC candidates from the state and at the National levels are the right choices for the country, “we must vote for someone that has the charisma of the leader and the people who have no religious and tribal sentiments.”

Kabir Gaint who donated the sum of N500,000 to the group admonished them to pray for the candidate to win the 2023 general election.