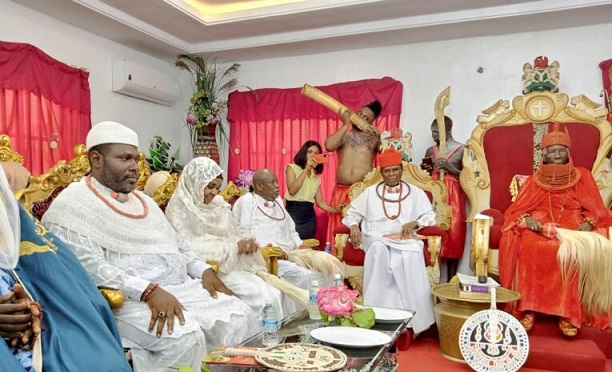 Kano State Governor, Dr. Abdullahi Umar Ganduje, and his wife, Hafsat Umar, have been conferred the chieftaincy title of Olorogun of Olomu Kingdom, in Delta State.

The ceremony took place on Saturday at the palace of the Ohworode of Olomu Kingdom in Ughelli South Local Government Area of Delta State.

The chieftaincy titles were conferred on them by the Ohworode of the ancient Olomu Kingdom, His Royal Majesty, Ovie Dr R. L Ogbon.