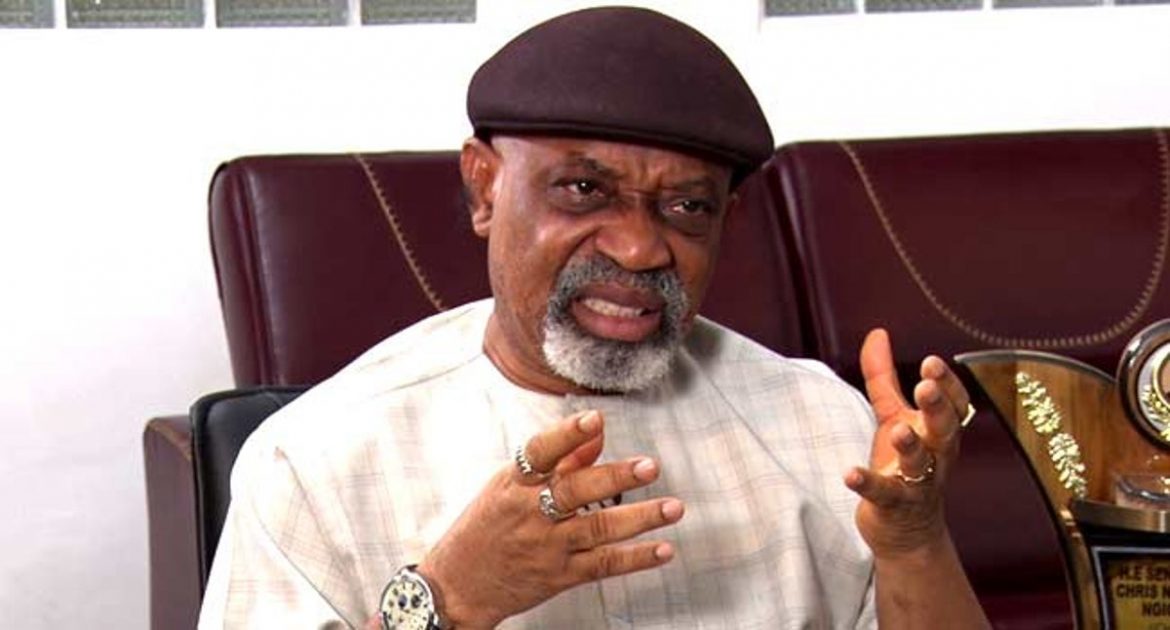 The Nigeria Minister of Labour and Employment, Dr. Chris Ngige says crude oil theft is responsible for the rising unemployment rate in the country.

He made the claim in a statement on Friday in Abuja when he opened the 8th Meeting of the National Employment Council.

Ngige was quoted as saying this in a release by Mr. Olajide Oshundun, Head of Press and Public Relations.

Ngige, who is the chairman of the council, said that oil theft has made Nigeria become a mendicant nation, resorting to begging for survival.

According to him, this menace has hampered the efforts of the federal government toward creating jobs for the country’s teeming youthful population.

“I am aware that you people know that we are at a very critical stage in our nation’s life. We have economic problems all over the world, but our own in Nigeria is self-inflicted. Our main source of revenue is oil.

“Now, we cannot even produce the 1.8 million barrels. We are hovering around 1.1 million barrels per day, and they told us that some people are stealing our crude oil.

“This is a very serious matter because it has made us become very mendicant. We are now a mendicant nation, resorting to begging for survival,’’ he said.

He added that the nation cannot continue that way because it has hampered efforts to create jobs for the country’s teeming youthful population.