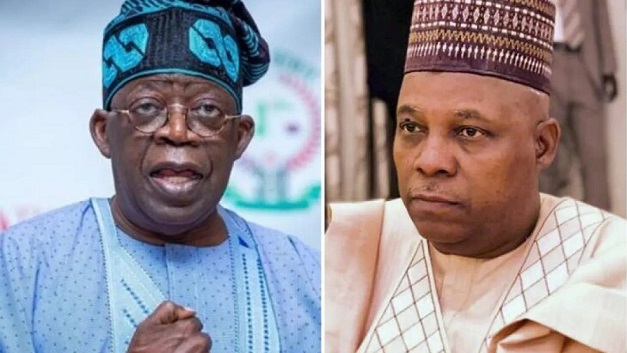 Northern Youth under the umbrella of the Grassroot Mobilisations for Asiwaju (GMA) presidential campaign has inaugurated its coordinators for the 19 Northern states.

The Inauguration of the state coordinators was held on Thursday at Three Star Hotel Dutse Capital Jigawa state.

Speaking during the inauguration, the National Coordinator of the group Comrade Aminu Aminu, said, they deemed it necessary to organize themselves and support Tinibu/Shatima’s presidential ambition due to their competency and capabilities to move the nation forward.

He said it is evident that Nigeria needs a person of vision and mission who is also patriotic and he is optimistic that, Asiwaju and Shatima have possessed all these qualities.

“Our target is to go round the house to house to mobilize voters to vote for  Asiwaju in the next coming 2023 general election”.

“As we have already started our mobilization, so per we have a list of about 100,000 people who indicated their interest to decamped to APC from various political parties, when we completed the arrangement we will publish their names and fix the date for receiving them at their various state” Aminu declared

The National Coordinator however revealed that the GMA will also  unveil a book written in honor of the  APC’S Presidential candidate Asiwaju Bola Ahmed Tinubu, titled ” 101 reasons to support Asiwaju for presidency 2023.”

Comrade Aminu Aminu who is also the national president of the Youth and Civil Society Coalition for Development (YCSCD), urged the state coordinators and other officials of the group to go back to their state and embarked on a massive campaign and mobilization for achieving the desired goal.