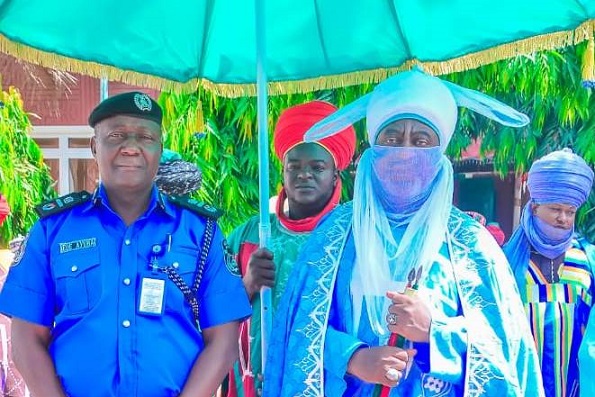 The Emir made the call while receiving the new AIG who was at the palace to introduce himself and solicit support and cooperation.

Bayero also advised him to be fair and just in the discharge of his responsibilities and assured him of the Emirate’s support for enhancing security.

He assured the Emir that he would work tirelessly to eradicate the menace of drug abuse in the state, especially during the forthcoming 2023 elections; he solicited the Emir’s support in that direction.

In another development, Emir Bayero has received the management staff of the Central Bank of Nigeria in the palace.

He tasked the team to enlighten the public on the significance of the e-Naira and currency redesign so as to win the confidence of the citizens.

The Director of Currency, Alhaji Ahmad Bello Umar told the Emir that they were at the palace to solicit the emir’s support on the matter of the currency change.