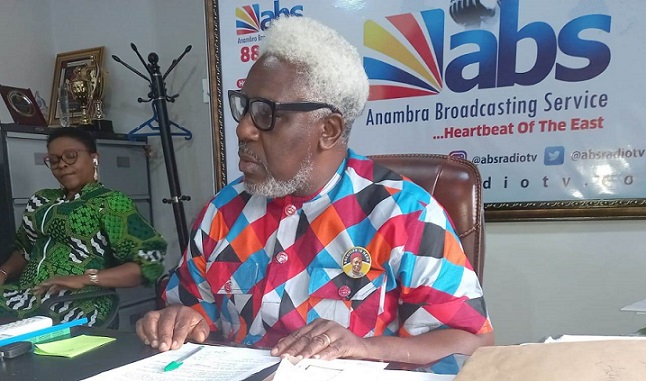 Anambra Broadcasting Service (ABS) in conjunction with DSTV to organize a talent Reality Show aimed at discovering young talented Anambra youths and sponsoring them to achieve their life ambitions.

The Talent show is expected to have no fewer than one hundred and seventy-nine (179) communities drawn from the 21 local government areas in the state and will lock horns in the N20 million worth of Show.

According to the Managing Director of the Anambra Broadcasting Service (ABS) Mr. Chido Obidiegwu, during a courtesy visit of the members of the Correspondents Chapel, Nigerian Union of Journalists at his office in Awka;

“This show is part of our contributions towards youth employment and apprenticeship programs in the state and the competition would take place in the 179 communities in the state.

“The talent show which is tagged ‘Shine The Light Reality Show’ would move to the twenty-one local government areas and the best would spend sixty days or the winners to emerge.”

Obidiegwu noted that arrangements have almost been concluded with the DSTV a dedicated channel to air the program for sixty days adding that the sum of N20 million would be won by the best five youths who have distinguished themselves in dance, drama, and singing among others.

Earlier, the Chairman of the Correspondents Chapel, Chief Chucks Ilozue called for a partnership between the chapel and the ABS adding that the radio outfit is also invited to the chapel’s 2022 Symposium on Role of Media in Guaranteeing The Sanctity of Electoral Process in Nigeria.

“The symptom also has as its sub-team as The Imperative Of Traditional Media in Marketing State Policies; Anambra state As a Case Study”

“It is also our belief that this would mark a new dawn in the Chapel s relationship with your Outfit as colleagues in the information management business,” he said.