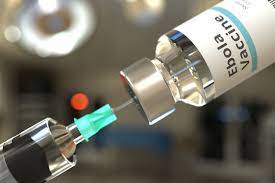 The World Health Organization (WHO) announced on Wednesday that three trial vaccines for Ebola will arrive in Uganda next week.

The announcement was made during the G20 meeting in Indonesia.

“Today I’m pleased to announce that the WHO committee of external experts, has evaluated three candidate vaccines and agreed that all three should be included in the plan trial in Uganda.

WHO and Uganda’s minister of health have conceded and accepted the committee’s recommendation. We expect that first dose of vaccines to be shipped to Uganda next week”, announced Tedros Adhanom Ghebreyesus, WHO Director-General.

An Ebola outbreak in Uganda was declared in late September. Since then, Ebola claimed at least 55 deaths.

“We hope – I dearly hope – that this epidemic goes away. And this epidemic is controllable without vaccines, it’s clear that we can get a containment without vaccines. But it’s also clear from the Congo experience that you can get to control much quicker using effective vaccines and that’s there the answers we need to get”, said Michael Ryan, WHO health emergencies director.