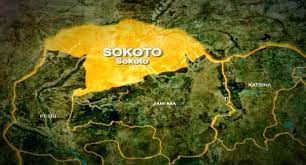 Sokoto state Government has trained 1,150 Volunteers under the Children At Risk Program (AR- CP) geared towards impacting on the lives of out-of-school children in the state.

The program is also aimed at tackling the menace of out-of-school children in the state and assisting the government in its winning war against societal challenges.

Speaking to journalists the secretary of the scheme Professor Yakubu Aliyu Gobir said, the 1150 volunteers were inducted for the first batch of the project.

He explained that, after the training, volunteers would go back to their council wards to train others on skills learned.

Yakubu explained that 50 volunteers were selected from each 23 local government areas of the state.

The volunteers according to him are expected to be hardworking, diligent, and committed to obtaining knowledge that would impact positively the lives of the vulnerable.

“The project is part of the federal government collaborative effort with the state government investment program,” prof. said.

“The state government has adopted Umaru Ali Shinkafi polytechnics, Sokoto as a training center for the 1150 volunteers.”

In his remarks, the special assistant to the President of At-Risk Children Project  (AR-CP ) Dr. Adebayo Dotum said the volunteers would be trained on information communication technology (ICTs), Agriculture, Entrepreneurial, Financial literacy, Digital, and mental skills, Child right and Mentorship.

Dotum further remarked that when completed the programs would reduce social vices among teenagers in the state.

He revealed that President Buhari-led’s government is poised toward empowering all categories of people in the country irrespective of tribal or religious inclination.