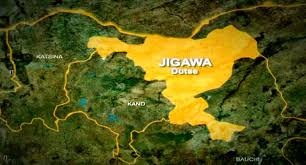 Police in Jigawa State in collaboration with a Civil Society Group known as Jigawa Youth Agenda have organized a peace accord signing event for Nine (9), gubernatorial candidates ahead of the 2023 general elections in the state.

Speaking at the occasion for signing the peace accord, the Jigawa State Commissioner of Police, CP Emmanuel Ekot Effiom said the exercise was aimed at engaging the candidates and other political actors for conducting a peaceful campaign and election exercise.

He said peace and stability are key to achieving successful elections, sustainable democracy, and development.

“Every good leader is expected to lead by example; as candidates, you are required to conduct your campaign in a peaceful manner, respect each other, and also discouraged any act of avoidance, incitement, provocative speech, destruction of posters and billboards.

“By signing this peace accord, you all promise to conduct your campaign in accordance with the INEC and constitutional rules and regulations.

“On our own part, Police and other sister security agencies we will not relent in our efforts in taking all necessary measures to ensure no one or group of people under whatever pretense allowed to breach public pea e and stability during and after the election,” CP Effiom declared.

Speaking on behalf of other candidates, the gubernatorial candidate of the Labor Party, Comrade Tsoho  Garba promised to abide by the peace accord and other election laws during the campaign and election period.