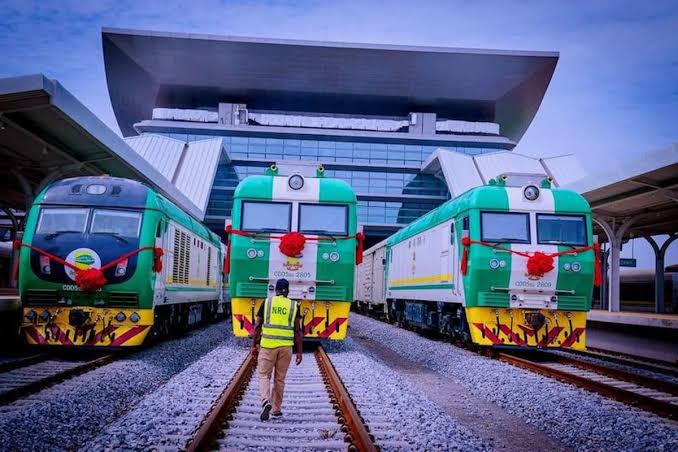 The Minister of Transportation, Mu’azu Jaji Sambo has said the country is fully committed to developing its Railway Transportation sector in order to provide an alternative that is not only cheaper, fast, and safer but complements other modes of transportation.

In a statement signed, Wednesday by the Deputy Director Public  Relations Officer of the ministry, Anastasia Ogbonna said the minister who was represented by the Permanent Secretary Transportation, Dr. Magdalene Ajani,  made the commitment in Abuja at the 2nd International Railway Conference and Exhibition with the theme, “Powering  Africa Continental  Free Trade Area (AfCFTA) with Sustainable Railway Development”.

According to the statement, the minister noted that railway transportation is practically the “commonwealth of the masses all over the world as it provides the most important linkage in intermodal transportation system”.

Speaking on the evolution of Railways in the country, Sambo said before the inception of the present  Administration,  full implementation of the Railway vision plan has always suffered setbacks due to discrepancies in Government policies, inadequate funding of the rail sector, absence of adequate, capable and experienced Private Investors amongst others.

According to him, it is only President Muhammadu Buhari’s Administration that has taken railway development as one of its cardinal projects to ensure that it actualizes its Infrastructure Development Master Plan.

He, therefore, enumerated the giant strides recorded by this Administration in the railway sector to include the “completed and currently in operation, the 1st and 2nd segments of Lagos – Kano Standard  Gauge railways, the ongoing rehabilitation, and reconstruction of the existing Eastern narrow gauge Rail line with extension to Bonny Deep Seaport as well as the commenced construction of the double track standard gauge railway from Kaduna – Kano which is the 3rd segment of Lagos – Kano railway project.

They commenced construction of the Kano  – Maradi ( Niger Republic Standard Gauge railway with a branch line from Kano to Dutsa” amongst others.

“These milestone projects are the outcomes of the President’s determination to develop, upgrade and modernize Nigerian Transport infrastructure”.

Sambo pointed out that more can be done with the “injection of institutional or private investor’s fund either in form of direct foreign or local investment on PPP basis or through concessionary or commercial loans”.

In his opening remarks, the President, of the Abuja   Chamber of Commerce and Industry, Dr. Al- Mujtaba Abubakar described the Conference as timely, as it will afford all critical stakeholders the opportunity to brainstorm on fast-tracking rail connectivity to meet the demands in the area of  AfCFTA.

He said the signing of the AfCFTA agreement is a landmark development requiring complementary growth and development in the logistics and infrastructure sectors of the Continent.

Therefore, harmonizing the “development of railway at national and continental level holds the critical key to trade facilitation and human connectivity which are imperative for the success of the AfCFTA”.

The Conference was organized by the Federal Ministry of Transportation in collaboration with the Abuja Chamber of Commerce and Industry and African Railway Consulting Limited and drew participants from Chad, Guinea, Algeria, Tunisia, and Niger Republic, the statement added.