- Vows not to bequeath liability to incoming government 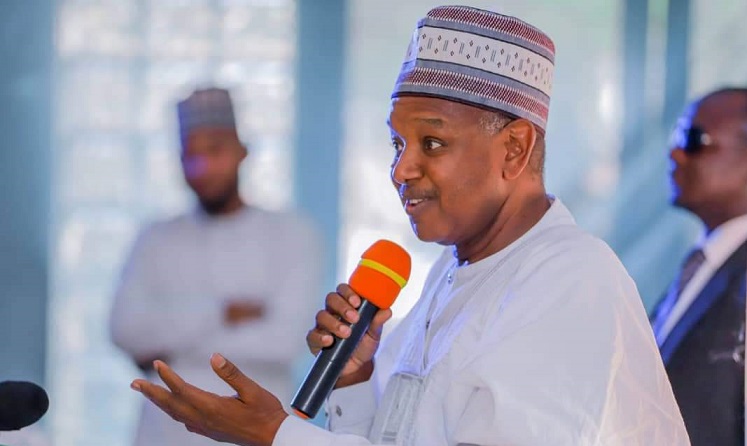 Kebbi State Governor, Senator Abubakar Atiku Bagudu said his administration has earmarked N3.5billion for the payment of outstanding gratuities to retired civil servants in the state.

Bagudu disclosed this at a Town Hall meeting on the 2023 budget of the state held at the Banquet Hall of the Presidential lodge, Birnin Kebbi.

According to him, the state government will defray the outstanding gratuities owed retirees from Dec. 2021 to Sept. 2022.

He explained that the state government has made adequate arrangements to ensure that the payments were made before the end of this year.

Bagudu also vowed that his administration would not bequeath any unnecessary liabilities to the incoming government in the state.

He also said the last seven years had been horrendous for the world economy, resulting in global financial turbulence.

The Chairman of the APC Governors’ Forum further said: “It is even a miracle that Nigeria had been kept together.

“I must thank the public servants and the generality of the people of the state for their uncommon show of support and cooperation.

“I must also thank the people of the state for making do with some of our inadequacies.

“However, every government should be judged by the challenges it faces and we are glad that we have done our best.

“We will sustain our modest efforts to govern the state transparently, honestly, and piously and Insha Allahu, the incoming administration will consolidate our achievements.”

He reeled out some completed and ongoing programs, projects, and policies of the state government, saying, “Our main objective is to make life easier for the people of the state.

“This affects all the sectors of the economy and we are happy that we have done modestly fabulous.”

He commended the Ministry of Budget and Economic Planning under the leadership of the Commissioner, Dr. Abba Sani Kalgo, the Permanent Secretary, Hajiya Aisha Usman, and their team for ensuring the annual budget of the state receives input from traditional rulers, associations, NGOs relevant stakeholders, Civil Society Groups and international partners.

In his welcome address, the Secretary to the State Government, SSG, Babale Umar Yauri mni, appreciated the presence of the Kebbi State Governor,

He said the budget town hall meeting, which was the 4th in the series of town hall meetings organized by this administration, was aimed at carrying along every indigene of the State in the preparation and execution of fiscal policies aimed at promoting good governance.

The Commissioner of Budget and Economic Planning, Abba Sani Kalgo had earlier given highlights of the 2023 budget tagged ‘ Budget of Enduring Legacies.

According to him, the proposed 2023 budget was prepared in line with the Kebbi State 2023-2025 Medium Term Expenditure Framework.

He explained that the 2023 Budget is based on a benchmarked oil price of $57 per barrel, Oil production is benchmarked at 1.8 million Barrels Per day, the inflation rate is estimated at 20.77%, and an Exchange rate of N440 to $1.

Kalgo commended Kebbi State Governor, for his transparency and accountability approach in the management of the state’s resources which earned the state five Awards of honors from the Federal Ministry of Finance and the World Bank, adding that that the 2023 ‘Budget of ‘ Enduring Legacies’ was aimed at growth and human capital development for sustainability.