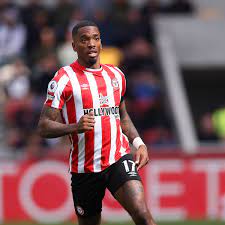 Brentford striker Ivan Toney has been charged over 232 alleged breaches of betting rules between February 2017 and January 2021, the Football Association has announced.

-Toney, who was not included in England’s 26-man World Cup squad, had previously revealed he had been assisting the FA with its enquiries amid allegations he gambled on matches.

After a report in the Daily Mail claimed he had been the subject of an FA investigation, he tweeted on November 5: “I’m aware of a story about me in a national newspaper today.

“I have been assisting the Football Association with their enquiries and will not be making any comment until such investigation has reached its conclusion.

“I am a proud Englishman and it has always been my childhood dream to play for my country at a World Cup finals.”

The 26-year-old has until Thursday, November 24 to respond to the charges.

The FA said on Wednesday: “Ivan Toney has been charged with misconduct in relation to alleged breaches of the FA’s betting rules.

“Ivan Toney has until Thursday, November 24 to provide a response.”

Brentford said in a statement: “Brentford FC has been informed that Ivan Toney has been charged with breaches of FA Rule E8.

“The club has been in discussion with Ivan and his legal representatives about this matter and those conversations will continue privately.

“We will make no further comment until the matter has been completed.”

Toney started his career at Northampton, before a move to Newcastle in 2015. He played on loan at Barnsley, Shrewsbury, Scunthorpe and Wigan, before joining Peterborough in 2018. He then moved to Brentford in 2020, where he has scored 58 goals in 105 games.

What are the rules on betting in football?

Betting on football is banned worldwide for all players, managers, coaches, club staff, directors and licensed agents involved in the game within the Premier League, EFL, National League, Women’s Super League, Women’s Championship and the Northern, Southern and Isthmian leagues.

Participants covered by the ban are prohibited from betting, either directly or indirectly, on any football match or competition that takes place anywhere in the world.

The ban also includes betting on any other football-related matter such as the transfer of players, managerial appointments or team selection.

Other high-profile players charged and subsequently found guilty of breaking FA betting rules include current England World Cup squad member Kieran Trippier, who was banned from football activity for 10 weeks and handed a £70,000 fine for telling a friend to “lump on” the prospect of him joining Atletico Madrid before his switch from Tottenham in 2019.

Daniel Sturridge was also punished for disclosing inside information about a transfer. After initially being given a six-week suspension, his punishment was increased to a four-month ban and £150,000 fine after it was found he had instructed his brother to bet on a January 2018 move to Sevilla.

Joey Barton was given an 18-month ban in 2017 after placing 1,260 bets on football between 2006 and 2016. The punishment brought about his retirement from playing football, although the term was later reduced by five months on appeal.