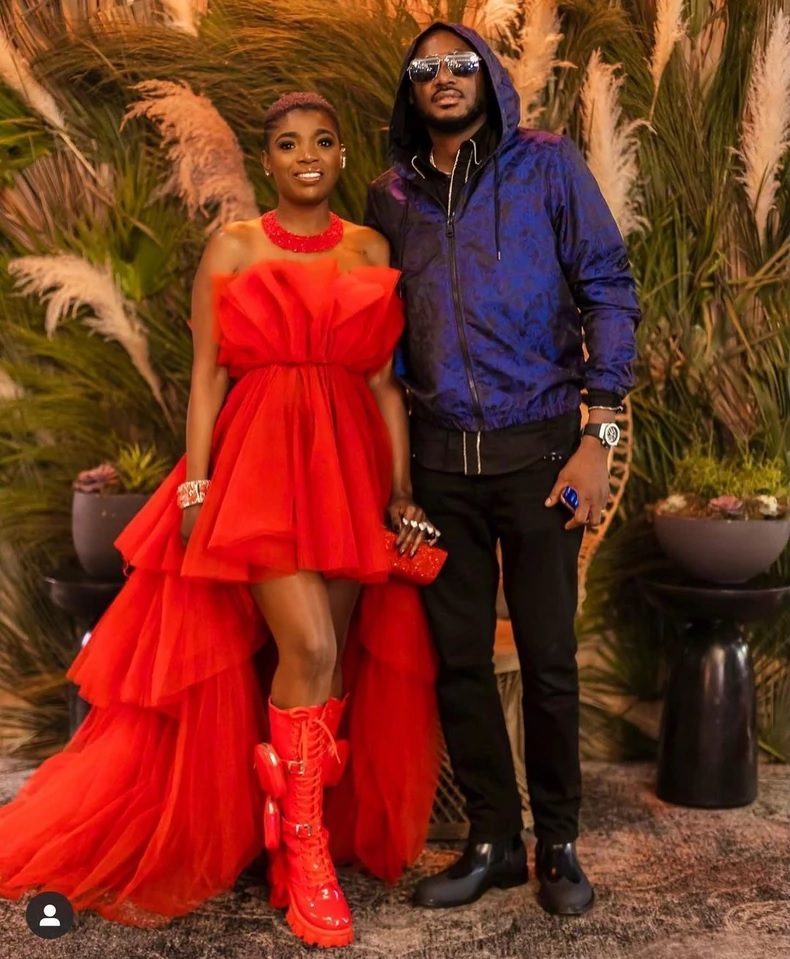 Nollywood actress, Annie Idibia, got into a social media fight with some fans who dropped harsh comments on her post.

This comes after Annie took to her Instagram page to gush over her husband and their daughter, Olivia.

According to the mother of two, Olivia would be their last born while describing her as their little genius.

She wrote: “A Guy And His Last Born, She’s our lil Genius”

Reacting to the post, some fans stormed her comment section to mock her, saying Olivia, might end up being her last child but not the same for her husband, 2face as the singer may decide to have another child.

I Am Not Alright’

Meanwhile, Rapper and actor, Ikechukwu has taken to social media to cry out for help.

Although he did not publicly disclose what the problem may be, top entertainers reached out to him and the rapper noted that he has told them all there is to know about his predicament.

He wrote: ”I am not alright, @donjazzy @johnnydrille @premiercoolng. Shey u wan know. Oya na I don tell you. After una go say na joke. As @etimeffiong Don ask I don answer. Mbok.”

In another post, the rapper said some people privately messaged him, urging him to pull down the message.

“Now if u know how many messages I have received telling me to delete, or stop putting private matters out there u go weak. Are u ok my friend? No, don’t tell us o pls. Keep it to yourself,” he added.