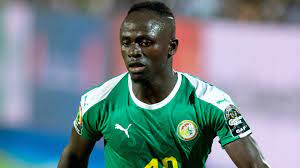 Injured Senegal forward Sadio Mane will miss multiple matches at the World Cup, according to an official from the Senegal Football Federation.

Mane’s leg injury will cause him to miss Senegal’s “first games” at the World Cup, according to Senegal federation board member Abdoulaye Sow.

“We will have to rely on playing the first games without Sadio and win without Sadio because we have 25 players apart from Sadio,” Sow said. “No one would have wanted it, but that’s what’s happened to us.”

Mane is Senegal’s undisputed biggest star, and his absence for any amount of time will be a tremendous blow to the team. The ex-Liverpool attacker led his country to an Africa Cup of Nations triumph at the start of 2022 and had been eager to carry the Lions of Teranga to the World Cup knockout stages.

As part of Senegal’s 26-man squad, Mane is still expected to feature at some point in the tournament, though it appears it will be a tight race to be fit before the end of the group stage. Senegal will face the Netherlands, Qatar and Ecuador in Group A.