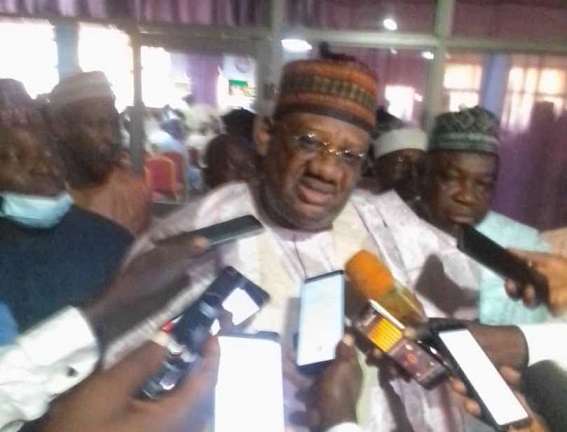 He described Atiku as the most vibrant, experienced, and successful of the candidates seeking the presidency office.

Suleiman who recently defected from APC said our confidence is driven by the unprecedented support being enjoyed by PDP in the state and Sokoto people have moved to the right side with us and APC is on the left.

“Democracy is about number and followership support. Our prayer and hope are that we will win all seat landslide”, he stressed.

According to the former Minister, PDP believed in democracy and competence adding “this is our target and losing a single seat from top to bottom is not an option. We have the conviction that those that voted for us before will still do the same even surpass it.

“All party leaders hierarchy from ward to state levels have been mobilized for the meeting to mend fences on key burning issues on critical areas of intervention with the intention to proffer responsive solutions as we launch forward on our campaigns activities.”

However, the state PDP Gubernatorial running mate, Sagir Attahiru Bafarawa said the party in the state was in high spirits with the hope of making history that would be a reference record in the 2023 political dispensation.

“We are ready and resilient to return massive votes for our presidential, gubernatorial, and other candidates of the PDP.”