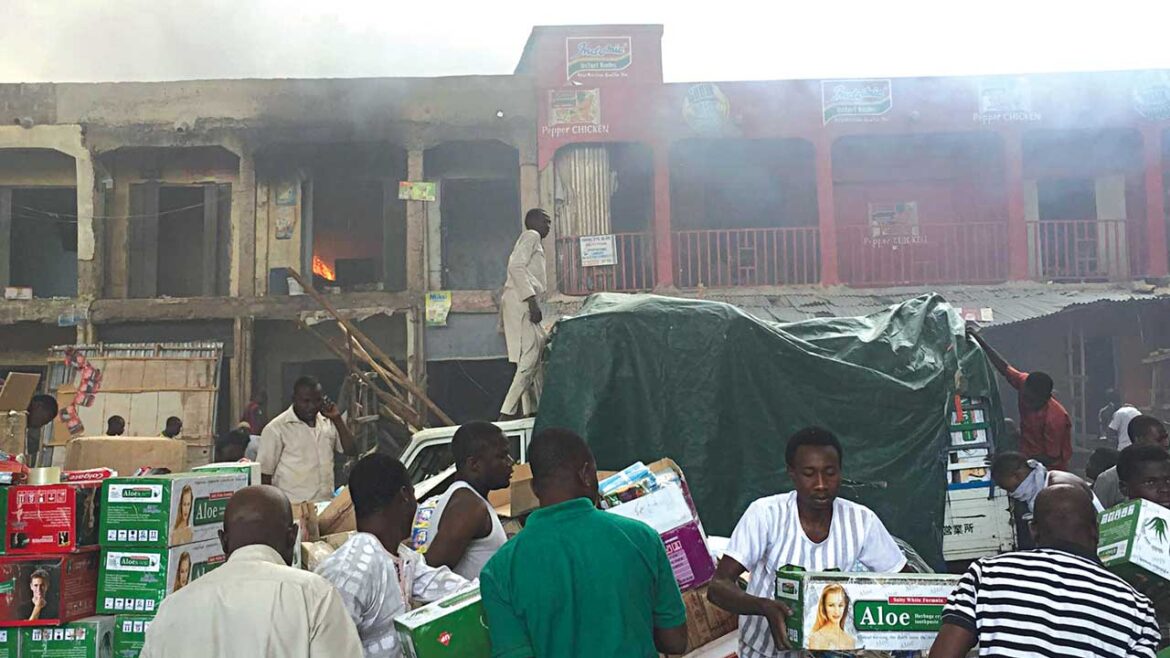 Fire wrecks a section of Singa market in Kano where biscuits and sweets are stored in the early hours of Tuesday.

A hired store where the fire started belongs to Mimza general enterprises.

Singa market is one of the largest and busiest markets in Kano city and it is basically for wholesale and retail trading of confectionery, flours, rice, packed food items like pasta as well as soft drinks among others.

As of the time of filing this report, the fire is still on; operatives of the fire service and some good Samaritans making efforts to stop the fire from spreading to other stores in the very congested Singer market.

One of the employees of Mimza Enterprise who spoke to newsmen, Muhammad Abdullahi said the cause of the incident is still unknown but could be blamed on an electrical fault.

“It is the biggest store of the company; they store largely Chewing gum, sweets, milk, and other things.

“We cannot say what caused the fire, maybe electrical. I was called this morning that a fire has caught our shop, that’s how I hurriedly came to see what is happening.

“I cannot quantify the loss; honestly, it’s going to be millions because even yesterday they uploaded goods worth millions. The entire loss will be over 100 million.”