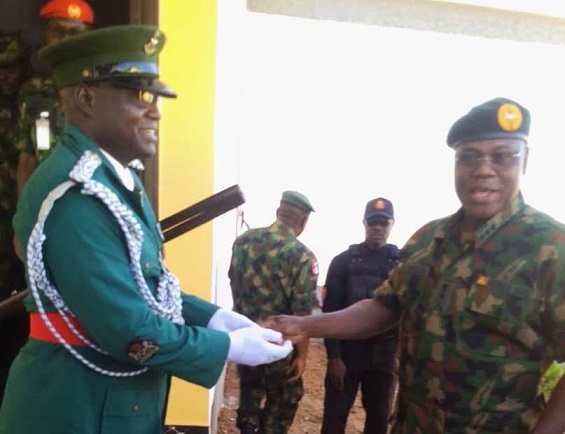 He said the projects have demonstrated the COAS vision and commitment to better the lives of the Nigerian Army.

According to him, COAS has remained resolute in the promotion and enhancement of the welfare of Officers and soldiers of the Nigerian Army.

The Acting chief of staff Engineers brigade, who was represented by Lieutenant colonel I Yusuf said the 2 bungalows were specifically meant to house the regimental Sergeants (RSN) of the 48 Engineers brigade and of the 58 Signals brigade of the 8 Division.

He said the houses were fully furnished, to the standard with a standby generator to complement power outages from the national grid.