Menu
Home Sports What next for Ronaldo & Manchester United?
Sports 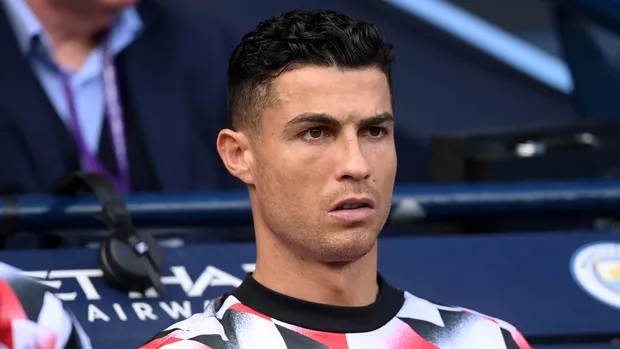 In the aftermath of Manchester United’s thrilling 2-1 injury-time victory at Fulham on Sunday, Erik ten Hag allowed himself to reflect on the developments at Old Trafford since he became manager in the summer.

“We are now united,” he said. “We have togetherness, in the dressing room, with the staff, the directors, the whole club, and the fans.

“I think we have a base. We’re going in the right direction. I think the culture has changed; the attitude, the mentality has changed and that’s good. Today, I think, is the symbol of it, when you get the win in the last dying seconds of the game.”

At about the same time, United’s staff were being informed that ‘togetherness’ did not include everyone.

They did not know then – and still don’t know now – the full extent of the attack being unleashed on them by Cristiano Ronaldo. Unless the situation changes, they will have to wait with everyone else to watch on television Piers Morgan’s interview with the player they pay £500,000-a-week to.

In excerpts of the interview released on Sunday, Ronaldo said he feels “betrayed” by the club, does not respect manager Ten Hag and is being forced out. The interview will be shown on Talk TV over two nights on Wednesday and Thursday.

In a sense, though, for Manchester United there is no decision to make.

After Ronaldo refused to go onto the pitch as a late substitute during the victory over Tottenham on 19 October, behind the scenes, United made it absolutely clear they backed Ten Hag to deal with the situation. He promptly stood the 37-year-old down for the following weekend’s game at Chelsea.

It is now known Ronaldo accepts his conduct that night was wrong. However, he remains adamant Ten Hag’s intended decision was a public show of disrespect.

In a radio interview with Talksport on Monday, Morgan said the move contradicted Ten Hag’s explanation for his failure to bring Ronaldo on during the 6-3 Manchester derby defeat at Etihad Stadium two-and-a-half weeks earlier, which he said, under the circumstances, would have been disrespectful.

There was a significant difference in the two games. United were 4-0 down at half-time. After 80 minutes, the score was 6-1. There was clearly nothing at stake other than limiting the size of a humiliating defeat. Against Tottenham, they went into the final 10 minutes defending a two-goal lead against a top-four rival after run of picking up four points from three games. Christian Eriksen was introduced with three minutes to go that night, as was youngster Anthony Elanga.

Former United captain Gary Neville was not alone in thinking Ronaldo had crossed a line that night and it would be better for all parties if his former team-mate was released immediately.

However, in explaining his position in an extended press conference two days after the Tottenham game, he said something that goes to the heart of the issue.

“I have to take the decisions in the interests of the club and the team especially, that’s my job,” he said. “It doesn’t matter who it is, the age or the reputation.”

In other words, it doesn’t matter that Ronaldo has won every honour in the game multiple times, has been crowned Ballon D’Or winner on five occasions and is widely acknowledged to be one of the best players ever. In Ten Hag’s eyes, he is just another player. And the brutal truth is, this season, he has not delivered, either in terms of goals scored or overall contribution.

Beyond saying they need to establish the full facts behind the interview, which Ronaldo evidently did not have permission for, United are keeping their powder dry.

They are privately unhappy at some of the specific allegations Ronaldo is making about life behind the scenes at the club, pointing out that kitchen staff have been changed, that upgrades are being made to the gym and that the training ground is different to the one the Portuguese left in 2009.

There is also unhappiness at Ronaldo’s claim he is being forced out by ‘executives’ given he was granted compassionate leave and allowed to miss the summer tour of Thailand and Australia by senior figures at the club, even when the move was being questioned by others.

There have been rumors for a while now that Ronaldo – widely seen as uber-professional – has not been the guide to younger players as was expected.

It is also beyond doubt that Ronaldo wanted to leave in the summer. United sources are adamant that, other than an offer from Saudi Arabia, no deal was put forward that didn’t involve them paying a substantial part of his salary.

Against this backdrop, United must decide what to do next.

It is impossible to imagine Ronaldo playing under Ten Hag and it is inconceivable United’s hierarchy can undermine their manager by backing a player.

If precedent is any guide, patience will be needed for the eventual outcome.

That’s how it was 17 years ago. Wind back to October 2005, when United were hammered 4-1 in a Premier League game at Middlesbrough. Soon after that match, Captain Roy Keane gave an MUTV interview so damning of his team-mates that it was never aired. Eighteen days later after giving that interview, Keane left United by “mutual consent”.

In the social media age, 18 days feels like a lifetime.

But, no matter how long it takes, it does seem certain Ronaldo will finally get his wish and be allowed to leave. All that has to be decided, is how.

“This has all been manufactured for one thing – and that’s for him to leave the club,” he said on his Vibe with Five podcast.

“Up to this interview, I would defend him but this love affair with Manchester United that Cristiano has had is over in my eyes.

“I don’t feel there’s any way back. I don’t feel the club will take him back and I don’t think that he wants to come back. This is all manufactured for that reason.”

Speaking on BBC Radio 5 Live’s Monday Night Club, former Blackburn and Chelsea striker Chris Sutton said Ronaldo was “on the decline and he’s chucked his toys out of the pram”.

“His advisers must have known the impact this interview would have.”

Former Brighton forward Glenn Murray added: “Manchester United knew he had huge ego when they brought him in. This was always going to happen. He was never going to react well to his demise.

“It’s clear everyone wants him out of the club. That’s what he wanted with the interview. It was very self-indulgent. There’s no way back for him now.”

Andy Mitten, editor of United We Stand magazine, earlier told BBC Radio 5 Live: “He’s not been forced out. He wanted to leave in the summer and thought he was leaving, but there was a shortage of suitors.

“I don’t think United fans would be hugely concerned if he didn’t play for the club again.”