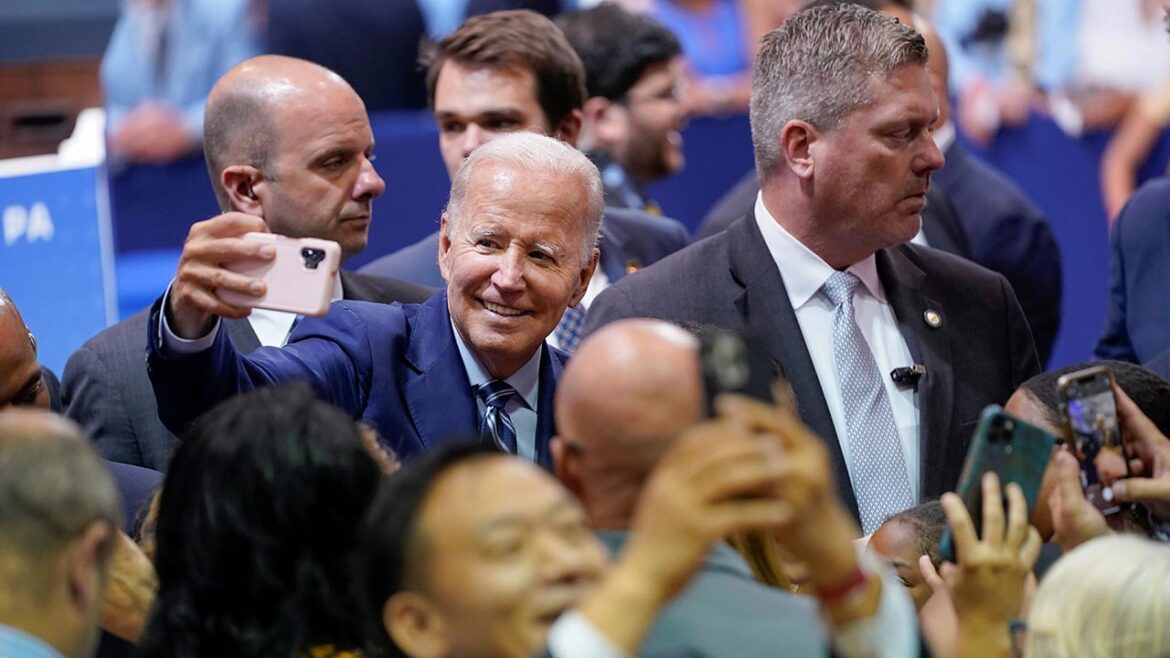 Control of the U.S. House of Representatives hinged on Monday on several tight races that could secure a majority for Republicans following midterm elections that saw President Joe Biden’s Democrats beat expectations and retain the Senate.

Republicans were closer to winning the House, having secured 211 seats compared to Democrats’ 206, with 218 needed for a majority. But the final outcome might not be known for days as officials continue counting ballots nearly a week after Americans went to the polls.

Democrats portrayed their better-than-expected performance as vindication of their agenda and a rebuke of Republican efforts to undermine the validity of election results.

There are still some 18 outstanding House races, including 13 considered closely competitive, according to a Reuters compilation of the leading nonpartisan forecasters. Ten of the remaining contests were in liberal-leaning California.

A Republican victory in the House would set the stage for two years of divided government while giving Biden’s opponents the power to limit his political agenda and launch potentially damaging probes into his administration and family.

Jim Banks, a Republican congressman from Indiana, said he expects his party to win a slim majority in the 435-seat chamber and serve as “the last line of defense to block the Biden agenda,” while launching probes into the U.S. withdrawal from Afghanistan, the origin of COVID and pandemic lockdowns.

“That has to be a focal point of every single committee in the Congress, especially in the House under Republican control,” Banks told Fox News on Sunday.

Democrats, having clinched the Senate with a win in Nevada on Saturday and extinguished Republican hopes for a “red wave” of gains, have turned their attention to a Georgia run-off contest that could strengthen their hand in Congress.

A Democratic victory in the Dec. 6 run-off between Senator Raphael Warnock and Republican challenger Herschel Walker would give the party outright majority control, bolstering its sway over committees, bills, and judicial picks.

The Nevada win put Democrats in charge of a 50-50 Senate, with Vice President Kamala Harris holding the tie-breaking vote.

Even if Republicans win a narrow majority in the House, Democrats’ performance suggests they had success in portraying their opponents as extremists, pointing in part to the Supreme Court’s decision to eliminate a nationwide right to abortion following conservative appointments to the bench.

But the results have also have led to increased scrutiny on Trump, who used his popularity among hard-right conservatives to influence the candidates Republicans nominated for congressional, gubernatorial and local races.

A Republican loss in Georgia could further dampen Trump’s popularity as advisers say he considers announcing this week a third run for the presidency in 2024. He has been blamed for boosting candidates unable to appeal to a wide enough audience.

One candidate Trump has staunchly backed is Kari Lake, who is trailing Democrat Katie Hobbs in the race for Arizona governor by 1.1 percentage points with an estimated 93% of votes counted, according to Edison Research.

November 21st set for peace talks between DRC and Rwanda

President Ramaphosa focuses on the poor as he seeks re-election