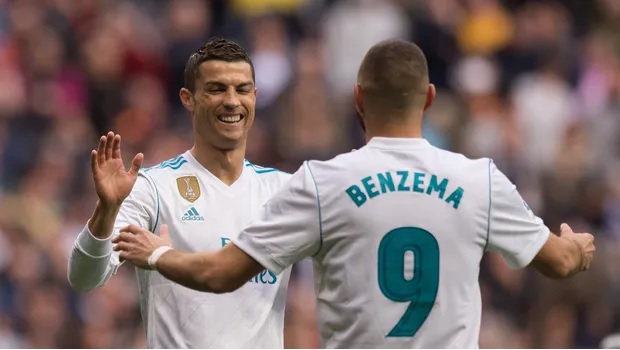 Karim Benzema has revealed that his former team mate Cristiano Ronaldo is yet to offer his congratulations for his Ballon d’Or win in October.

Ronaldo has won the esteemed individual award – which Benzema held aloft to a rapturous crowd in his hometown Lyon earlier this week – a staggering five times, but the current Manchester United forward has not congratulated his former Real Madrid strike partner on his maiden triumph. Benzema spoke about Ronaldo after insisting that he had always backed himself to secure the Golden Ball, especially after stepping up his bid to make the dream a reality back in 2018.

“I always believed in myself, I knew that at some point or another with my qualities and my ambitions I could win it,” he told Téléfoot. “That’s why the last four years, I pushed, pushed again to get that trophy.”

When asked whether Ronaldo had congratulated him, Benzema replied “no, not yet”, despite the award being given nearly a month ago.

Benzema is the first Frenchman to win the award since Zinedine Zidane in 1998, and the 34-year-old was eager to play down any talk of pressure as Les Bleus go in defence of their World Cup crown in Qatar.

‘I’m proud to play in this World Cup,” Benzema said. “We know what it means. I can’t wait for it to start. Stress? No, just want to start soon. To be able to show what we can do in front of millions of people. To represent France. Inevitably, we think about it [a third world cup triumph]. But I don’t tell myself that I have to win it, because I don’t play alone. We are a group and every match is a final. And the closer we get to it, the more we will say to ourselves that we have to win. On paper, we are the best and we should not hide it. But football is 11 against 11, but we will have to take our opponents with ambition and respect.”

France’s defence of their world title kicks off against Australia on November 22.

I did not petition Madami Etsu – Nuhu Edah Chamber