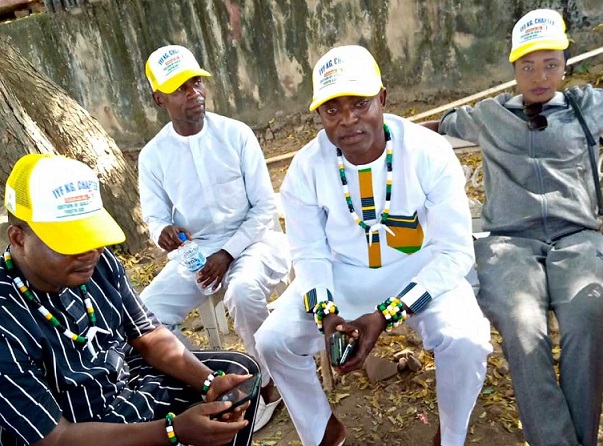 The annual Igala youths cultural day is aimed at reviving the culture and traditions of the Igala people, especially among the youths of the Igala-speaking nation of Nigeria.

The fifth celebration of the cultural fiesta attracted scores of Igala personalities comprising eminent sons and daughters of the Igala race from within and outside the state.

Young igala music sensation, Umajah and music maestros including famous Umajah from Ankpa and his cultural Troupe and Mc Ajebere as well as artists, politicians, and businessmen attended the event.

The National President of IYF, Yahaya Hashim led a delegation of the national body to the occasion, with a message of solidarity to the Igala youth gathering of valor as the guests speakers challenged the young generation of Igala youths to rediscover their cultural identity threatened by westernization, which has led to erosion of the Igala cultural values.

Famous Islamic Scholar, Sheikh Suleiman Ganaja was the spiritual father of the day while the coalition of Igala artisans, Iye Bread, ICDA local branches from Igala land, and other dignitaries graced the event too.

In a remark, the President of Igala Youths Forum of Nigeria, Comrade Mustapha Abbah, appealed to Igala youths across the nation to join hands towards achieving social revolution in the Igala nation.

Comrade Abbah said his leadership would continue to build on the achievements of the group in past years and promised to strive for more successes in years to come as the organization has since inception achieved cultural integration among Igala youths as well as social cohesion in line with the ideals of the organization.

Democrats retain control of Senate after US Midterm election