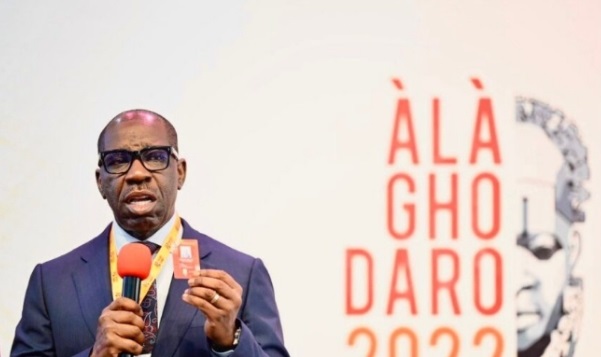 The Edo State Government has unveiled the Edo Residency Card with a charge that all residents should register and obtain an identification number that will enable them to access government services such as healthcare, land, and education amongst others.

The card was launched on Friday during the annual Alaghodaro Investment Summit held at the government house in Benin City.

The Head of Service in the State, Anthony Okungbowa Esq. said the card is one of the numerous innovations of the Governor Godwin Obaseki-led administration that would change the face of governance in the State.

Receiving the first card as the first citizen of the State, Obaseki said: “Today we are launching the Edo State Residency Card.

“We estimate that we have about five million people who live and reside in our state, but we do not know them.

“The purpose of this card which is in partnership with some of our financial partners is to make sure that before I leave office we will issue about one million of these cards to our citizens”.

He further explained that: “the cards will come in various forms, some with electronic purses which people can use for their financial transactions, and some for students.

“The policy is that you may not be able to interact with government services in Edo if you do not have a residency card.

“No child will be accepted in our schools if we do not know their parents, they all have to be registered as residents.

“The residency card is linked to the national identity card under the National Identity Management Commission (NIMC)’s scheme, we used the same algorithm to issue these cards so that we have one single form of identity just like in most countries.

“I want to implore all Edo citizens to go out there and register themselves and be issued with the residency card as you may not have the card physically but you will have your identification number so that we would know you and in every interaction, with us, that number will be quoted,” the Governor said.

He maintained that without the identification number, residents will be unable to get land, a certificate of occupancy, and access the Edo State health insurance scheme amongst other services.

Special Adviser to the Governor on Strategy, Policy, Project and Performance Management, Mrs. Sarah Esangbedo Ajose-Adeogun, said that the cards will facilitate the process of gathering data for development in the State.

She urged residents with NIN numbers to register online or physically at the various local government headquarters in the State.