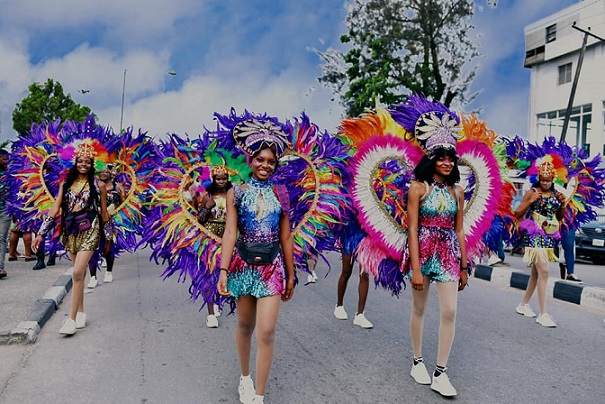 Cross River state Governor, Professor Ben Ayade has urged the seven Carnival Calabar bands to interpret this year’s theme of the annual fiesta, ‘Agro-Industrialization’ to reflect the importance of agriculture in the economy of the state.

Speaking Sunday in Calabar during the flag-off of the second dry run of the Carnival, Ayade who was represented by his Deputy, Professor Ivara Esu, said he was delighted that his administration’s industrialization drive has yielded quantum fruits for Cross River.

According to him, “we want to focus this year’s carnival on agro-industrialization and you all know what has been done in that area.

“We have established over 30 industries across the state. We thank God that those industries are beginning to function especially as concessionaires have taken possession of them.

“I want to urge the carnival bands that in trying to elucidate the theme not to fail to point out the fact that agro-industrialization means that there must be various raw materials, which must come from agriculture to supply those industries”

The governor maintained that it has become imperative for the state government to place critical emphasis on agriculture to ensure that Cross River continues to produce crops in which it has a comparative advantage to enable the industries to function smoothly.

The governor asked the revelers and band leaders, “to also know that indeed Cross River is a special state. A state like no other that is agro-based.

“We do not want to remain as raw material producers; we want to grow a step further. Our aim is to leapfrog the state from a third world to a first world and I think we are doing so”

Speaking earlier, the Executive Secretary of the Cross River State Carnival Commission Mr. Austin Cobham explained that the second dry run was a prelude to the main event in December.

Cobham said the theme of this year’s carnival has broadened the understanding of locals and the entire country of the economic direction of Governor Ben Ayade’s led administration in Cross River.

His words: “the theme of this year’s carnival ‘agro-industrialization has brought to the understanding of people what this government has done in the area of agriculture and job provision”