Arsenal are Five points Top of the Table 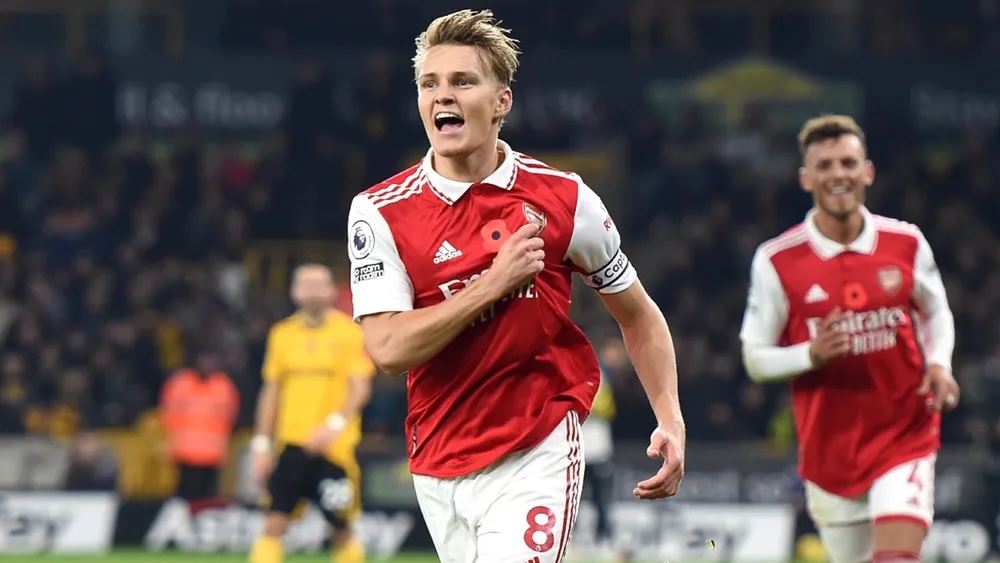 Arsenal head into the World Cup break with a five-point lead at the top of the Premier League. With Manchester City slipping up against Brentford earlier in the day, Mikel Arteta’s side knew they could ram home their advantage at the top of the table with victory over Wolves.

And they did exactly that, with a second-half brace from Captain Martin Odegaard sealing a 2-0 success at Molineux.

A superb bit of play from substitute Fabio Vieira, who had replaced an ill Granit Xhaka in the first half, set up the first for Odegaard on 55 minutes, before the Norway international slammed home a second 15 minutes from time after some fine work from Gabriel Martinelli.

Arsenal were far from their best on Saturday, but they found a way to get the job done and have now picked up a staggering 37 points from a possible 42 this season.