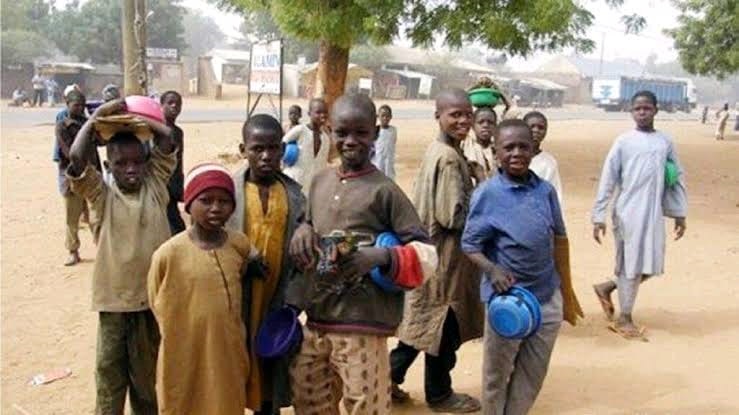 In northern Nigeria this modern day, a major challenge that has risen to the point of national concern is the person of Almajiri. Many have refused to add their voices to this clarion call especially non-Muslims and even stakeholders in the region who should be part of the problem solving thereby letting the damage this is causing the society eat even deeper.

These children have been made to endure utter deprivation moving around in their small groups armed with plastic bowls, and dressed in shabby attire. Having an appearance no one would desire his/her younger ones to be in; tainted teeth, blistered lips, dirty faces, unkept hair, crusty skin, and barefooted.

The Almajiri system has gradually made the region a place to be looked down on by people with little or no knowledge of who the Almajiri is. Writing this is therefore evident to bring to light what the system is and what is not.

Normally, with the huge uncultivated lands, gold, and other mineral resources abundant in the north one wouldn’t expect any northerner to be seen in this state but just like the rest of regions in the federation competent leaders to lead a determined administration are lacking.

However, the Almajiri of today has derailed and isn’t the same as the Almajiri system of the 11th century as history testifies.

Originally called the “Tsangaya In Nigeria during the Kanem-Borno Empire existed across northern Nigeria to the Chadian region up to the borders of Libya. It was established as an organized and comprehensive system of education for learning Islamic principles, values, jurisprudence, and theology.

Then came the Sokoto Caliphate founded through the Islamic revolution that was predicated, fundamentally on the teachings of the Holy Qur’an.

The two empires operated a similar Qur’anic learning system which over time came to be known as the Almajiri system.

Under it, during the days preceding colonialism, the pupils lived with their parents for moral upbringing. The schools were located within the immediate locale where the pupils came from.

The Dan-fodio revolution brought in some modifications: the establishment of an inspectorate of Qur’anic literacy: the inspectors reported directly to the emir of the province,“according to Idris A. Abdul Qadir.

Though funded by the state the system wasn’t solemnly dependent on the state. The students were allowed to get occupational and vocational skills in between their Islamic lessons and so were involved in farming, fishing, masonry, small businesses, etc.

A report by Almajiri Project stated that the Almajiri offered their services as charity to the community that contributed to their welfare. Hence, as it were a relationship built on the fundamental principle of reciprocity.”

During this era, the Almajiri was actually a practice to be emulated.

But sadly as time passes and things evolve the Almajiri system has been made to come to challenge Western education.

Abdulahi Mohammed asserts that the teachers as well as students have failed to be receptive to the modern realities of the learning environment, clinging sadly to the traditional myth that Western education is incompatible with Islamic knowledge”.

The Almajiri system has been greatly abused by men who abuse it by birthing children beyond what they can carter and sending them to become Almajiri.

To address this, the government at both state and federal levels should take be seen as taking action in addressing the plight of the Almajiri person. They should engage nongovernmental organizations with specialization in the Almajiri system to proffer solutions.

Sensitization needs to be carried out on people in rural areas discouraging them from sending their wards to the urban areas for Almajirinci.

Families should be discouraged from making children they cannot carter for.

Until issues of the Almajiri person is rightly addressed in Northern Nigeria and in extension, the federation will continue to face a great challenge.

Michael is a Peace & Good Governance Advocate and can be reached at nworisamichael1917@gmail.com

Emir of Bichi Sympathizes With Victims of Badume Market Inferno