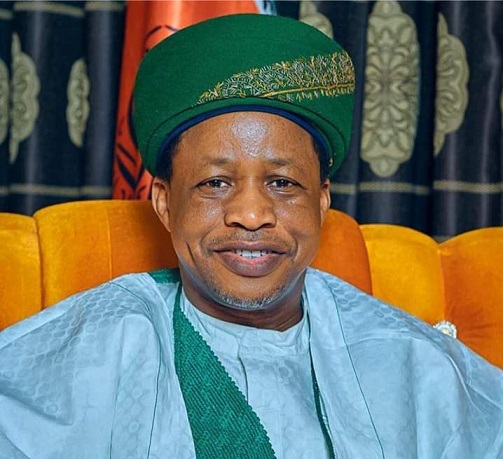 The spiritual leader of the Qadiriyya Movement in Africa, Sheikh Qaribullah Nasiru Kabara has called on the Central Bank of Nigeria, CBN, not to remove the Ajami inscription in the currency redesign to be released in January next year Ajami was used before Nigeria’s independence in the political and socioeconomic life of the people of Northern Nigeria.

He tasks all the relevant stakeholders to be wary about the rumored removal of Arabic inscriptions, also known as ‘Ajami’ on Nigerian currency.

He said: “Though, it is said to be a rumor, whether it is true or rumor, it is a duty-bound on me to speak out about an issue that I feel is right to speak about. Ajami inscription had been a source of communication for over two centuries in Nigeria.

“Even when the colonial masters came to Nigeria, they found the Northern region of the country communicating with Ajami writing and did not abolish it.”

He made the call during an interactive season with journalists to mark the end of the 72nd annual Maukibi celebration, held at his residence in Kano city.

Commenting on the 2023 general election, Sheikh Qaribullah Sheikh Nasiru Kabara explained that as the country walks toward the general elections, all well-meaning Nigerians concerned about the success of the country should not afford to make a mistake in not doing the needful.

Additionally, there is a need for Nigerians to seek Allah’s guardian in electing leaders at all levels of governance that would be their servants and works tirelessly in helping the country to overcome its challenges as the incoming administration will face many challenges as the country undergoing pressing issues ranging from insecurity to other challenges which are becoming untold for millions of citizens to bear.

Sheikh Qaribullah Nasiru Kabara has said the annual Maukibi is practiced to remember the contribution of the late Sheikh Jilani to the propagation of Islam, especially in Africa, who lived about 1,000 years ago.

The revered leader added that the practice remains for the movement followers to remember past Ulamas and copy their lifestyle as enjoined in Islam and that is the essence of organizing the Maukibi where the Qadiriyya followers would gather at a place to listen to lectures about the history of the Ulamas and other religious supplications and prayers are also performed.

Before he later settled in Kano where he starts spreading Qadiriyya Sufism about 200 years ago, saying before the partitioning of Africa by colonial masters it is the Bilad Tukrurur comprised of countries such as Nigeria, Mali, Niger Republic, Chad, Cameroon, and Senegal.

Saying if not for the partitioning of these countries they would be considered as one county because of their similarities in the practice of the Islamic religion with a population of about 400 million people altogether.

Sheikh   Kabara thanked all and sundry for contributing towards the success of the Maukibi, which started with 30 attendants unlike now where millions of participants.

Thanked President Muhammadu Buhari for sending a delegation to grace the occasion every year, Dr. Abdullahi Umar Ganduje, for his contribution towards the success of the annual event right from when he was deputy governor to now that he is a governor.

Others are governors from North West, North East states, ulamas from the southwest region of the country, Iraq, Sudan, and Morocco.