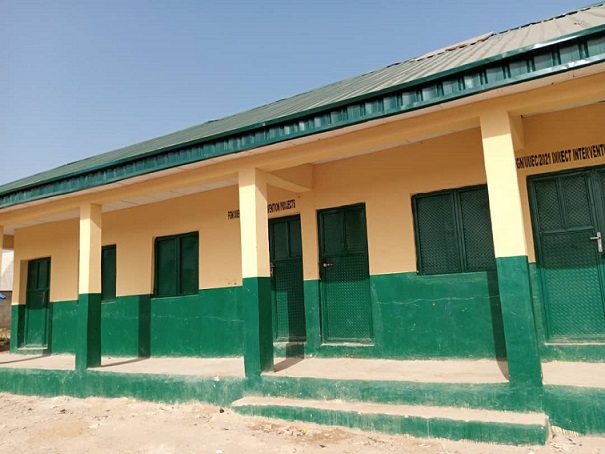 Koko Youths Education Development Association (KOYEDA) has on behalf of the Koko community in Kebbi state registered the Association’s profound gratitude and appreciation to the Universal Basic Education Commission (UBEC) under the leadership of Dr. Hamid Bobboyi, the Executive Secretary for the construction of a  block of two Classrooms in Sabon Gari Primary  School Koko in Koko-Besse Local Government area, Kebbi State.

He said, a month after, the Association received a call from an official of the commission informing them that, the request for two blocks of Classrooms has been approved and works would soon commence.

“The contractor mobilized to the site with full force and the project has since been completed successfully according to standard and handed over to the community for use”. Says Fircin.

“In view of the above, with all sense of humility and respect, we wish to sincerely appreciate this giant stride and promised the commission that, the project will be judiciously utilized for the purpose intended.

“Sir, it might interest you to know that, Koko-Besse LGA is one of the local Government areas in Kebbi State that have  the highest number of  enrollment of Pupils with a deficiency in classrooms infrastructures and other teaching aides.” Stated KOYEDA stated.

He said the deficiency in the aforementioned infrastructure has negatively affected the learning process of our children in various public schools.

“While appreciating this wonderful gesture sir, like the Parish boy, the Oliver twist, we wish to request for more in your magnanimity to build such classrooms for in other Primary schools in the area with a similar case.”

“Sir, we believe you can do more for us”

“We wish to reiterate KOYEDA’s commitment towards advancing education in our community, local Government, and Kebbi State as a whole.

“We prayed Almighty to strengthen UBEC and its management for their humanitarian hearts.

“The Association urged the Commission to accept the esteemed regards of the good people of Koko Community and Koko-Besse LGA for the wonderful project accorded to the community” concluded the president.