CITAD Raises Concern Over Increasing Cases of GBV in Kano 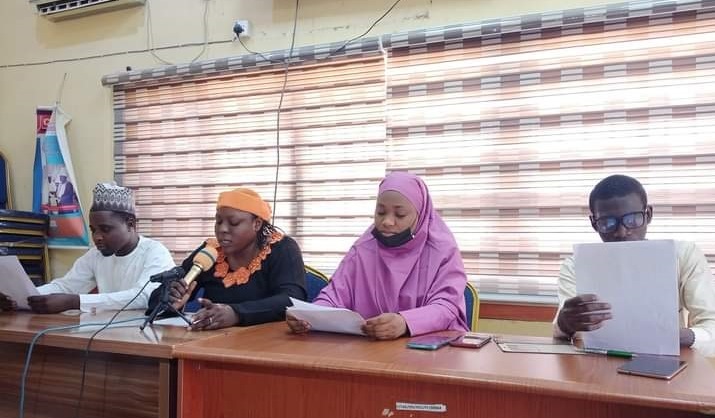 The Center Information Technology and Development (CITAD) said in spite of the government and Civil Society Organization’s commitment to curbing the menace to end all forms of Gender-Based Violence (GBV), the cases are increasing.

The CITAD Gender Officer, Zainab Aminu made this known  while addressing newsmen on the need to carpet the challenges of gender-based violence in the state,

According to her, in the month of October, the Centre received a total of 66 cases of gender-based violence through its monitoring App, adding that rape and other forms of GBV not only have negative consequences for women and girls alone but also for their families, community and their country at large.

Breaking down the statistic, Aminu said four of the cases recorded in the last month were of rape whereby two of the victims were girls and two were male victims, 30 of the cases were of Sexual Harassment, 20 was Sexual Abuse, 6 were Online Harassments, 2 was Sexual Blackmail and 4 was Wife Battering.”

She urged the citizens to advocate for combatting GBV to be a governmental priority saying the CITAD would continue to advocate and improve awareness against GBV, but we still urge the citizens to take responsibility in their environment to see that issues on GBVare curbed.

In another development, an  Associate Professor from the Faculty of Communication at Bayero University Kano (BUK), Sulaiman Yaradua presented a paper with the theme; Reporting Corruption In Nigeria: Issues, Responsibilities and the Need for Collective Action.

He stressed the need for intense investigative journalism in the country so that corruption and other related issues could be addressed for rapid transformation in Nigeria.

Yar’adua also tasks journalists across the country to undergo courses and training that will make them conversant with processes of undertaking investigative reporting to save the country and future generations from the effects of corruption.

He said the winners were carefully assessed by a team of reputable judges who scored the participants based on their reports submitted adding that the victory is for all contestants for doing their best, as the sky is their limit.

He said: “Congratulations to all of you, Rabiu Musa of Hotpen Online Newspaper, you came 1st with 75.0 scores, while Zahraddeen Yakubu Shuaibu of Daily Trust Newspaper clinched 2nd with 72.3 and Ismail Auwal of Sahelian Times came 3rd with 62.0 points.

The unveiling ceremony which was held at the CITAD’s conference hall had in attendance journalists from various media organizations.