Why I Support Restructuring – Aduku 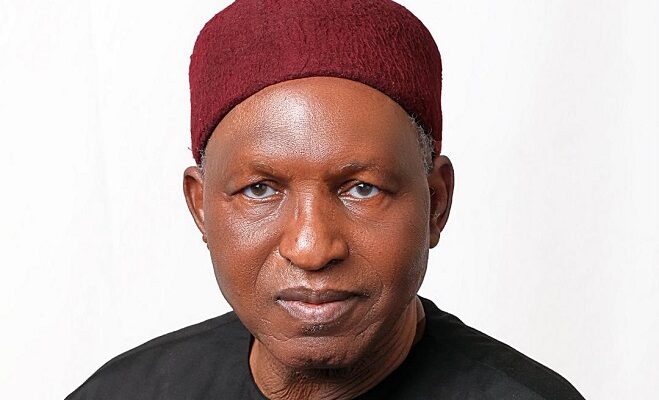 A one-time Minister of State, Health, under the former President, late Umaru Musa Yar Adua, Arc. (Chief) Gabriel Yakubu Aduku (OON), has said that the reverberating calls by Nigerians on the restructuring of the country are based on the systemic failure of the leadership to keenly address the nagging needs of the citizenry and all segments of the federating units.

The former Minister who is also the Amana Ogohi Atta Igala made the assertion in a Congratulatory Message to the Presidential flagbearer of the peoples Democratic Party (PDP), Alhaji Atiku Abubakar, on his emergence as the presidential candidate of the party.

The iconic architect who is in concordance with their party flagbearer’s postulations on restructuring the country said the failure on the part of leadership and the political elite, essentially has led to disequilibrium in the distribution of the ‘commonwealth,’ thereby giving rise to calls for restructuring.

He advanced that some parts of the country feel alienated in the scheme of things, thereby giving birth to the attendant calls for self-determination by such ethnic groups, who do not feel safe in parts of the country with so much violence and insecurity in the land, and economic marginalization of the majority.

The Septuagenarian, whose kaleidoscopic political observations informed his stance, said he was overwhelmed by the bold stance of Alhaji Atiku Abubakar on structuring Nigeria; an area considered to be one of the most controversial issues in this country.

Chief Aduku who does not believe in restructuring along geo-political or ethnic/linguistic boundaries alone, said he agreed with those who have posited that mineral resources should not be the only, and real resources we should be trying to control but the real owners of the resources as well.

Education, which the former minister said is critical and fundamental for developmental growth and enduring positive progress, said restructuring should start from this critical sector.

According to him, it’s through quality education that the country could lay the foundation where everyone would have equal opportunity to excel.

In addition to this, he said there should be moral rearmament with mindful and well-articulated efforts to enthrone a positive value system in our traditional societies as it was in the past, during the oil boom era of the 70s and 80s.

From the religious angle, Amana Ogohi Atta Igala said that Nigeria should remain a secular state while the restructuring of the country should take into account our religious diversities with a concerted effort by the government to ensure neutrality in religious matters so as to bring about much-desired growth and development.

On devolution of power which he said was an absolute necessity, the quintessential architect whose reputation and hard work produced the PDP emblem, said the present political arrangement whereby so many powers are concentrated at the state and federal levels, is unnecessary.

Said he: “There has to be a conscious transfer of power from the center/ state to local authorities for the effective administration of all units”.

The Amana Ogohi Atta Igala, then genuinely advised that since the party is blessed with men and women above seventy years of age, their wisdom should be harnessed, processed, and deployed to take the party to victory.